GE to Give Up Majority Control of Baker Hughes 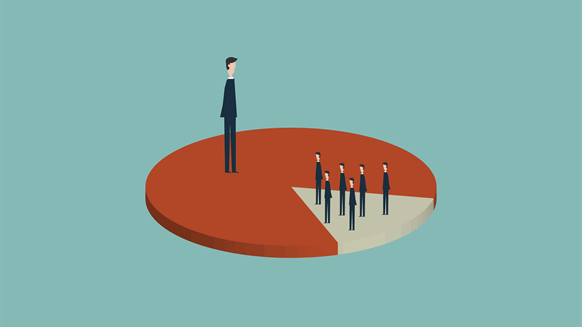 In the privately negotiated transaction, Baker Hughes also agreed to a $250 million share repurchase of Class B common stock from GE.

Upon completion of the offering, GE and its affiliates will no longer hold more than 50 percent of the voting power of all classes of Baker Hughes’ voting stock. This will lower the number of people GE can designate to Baker Hughes’ board of directors from five to one.

GE combined its oil and gas business with Baker Hughes in 2017 to become one of the largest players in the oilfield services sector. At the time, GE held a 62.5 percent ownership majority.

Just one year later, GE stated it intended to fully separate its 62.5 percent interest in Baker Hughes in two to three years.

A few months after that, both companies agreed to a proposed sale by GE of part of its stake into the market as well as a repurchase of another part of GE’s stake by Baker Hughes. The transactions kept GE’s stake in Baker Hughes above 50 percent.

The most recent announcement of GE giving up majority ownership in Baker Hughes comes just weeks after Harry Markopolos, who had raised concerns over Bernie Madoff before his fraud was exposed, alleged GE was hiding a loss of more than $9 billion on its holdings in Baker Hughes.