Gazprom May Cut Supplies Via Ukraine This Month 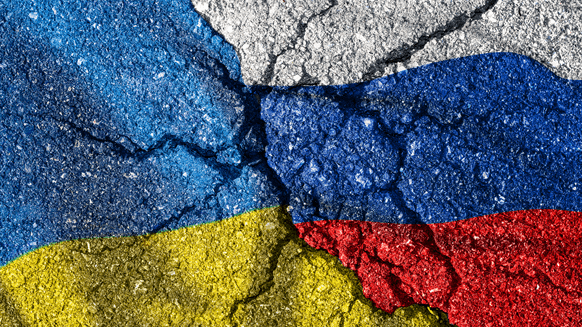 Supplies to Europe would be further reduced if flows via Ukraine are halted.

Xiong outlined in the note that the threat comes in the wake of Russia alleging Ukraine is diverting gas supplies intended for Moldova. Ukraine denies this, Xiong pointed out.

“After Russia halted all flow via the Nord Stream 1 pipeline in September, Europe has been receiving Russian gas through just two pipelines - the Ukraine transit route and via TurkStream, with flows at 42 million cubic meters per day (MMcmd) and 26 MMcmd, respectively,” Xiong said in the note.

“Supplies to Europe would be further reduced if flows via Ukraine are halted. However, the impact on prices would likely be muted given that the market has largely factored in the risk that Russian flows to Europe could drop to zero,” Xiong added.

In the note, Xiong highlighted that temperatures in Europe turned colder over the weekend but said they have since risen above average again. Despite this, there is an increasing possibility that winter temperatures will drop below average as December approaches, Xiong warned.

“This means Europe’s high gas stocks may start to see withdrawals in the coming weeks, lending support to TTF forward prices with the rate of withdrawal impacting the trend for LNG prices,” Xiong said.

To prepare for the winter season, Europe has continued importing high volumes of LNG through November, Xiong said, adding that the region’s regasification capacity now running at about 90 percent utilization.

“Some geopolitics induced volatility may therefore return as Russia intensifies strikes that may damage critical energy infrastructure in Ukraine, jeopardizing not only Ukraine’s energy supply this winter but also the ~40 MMcmd of Russian pipeline gas that continues to transit through Ukraine,” Ramesh said in that market note.

“However, Europe has been planning for a severe winter and, with gas storage facilities now over 95 percent full, this should provide a cushion for unforeseen events, including if Russian pipeline gas volumes drop to zero,” Ramesh added in the note.