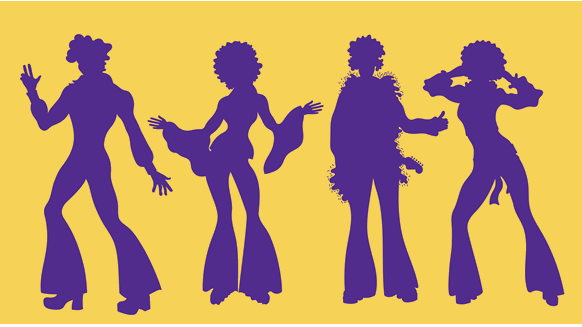 A vestige of the era of disco, bell-bottoms and stagflation could be making a comeback next year.

A vestige of the era of disco, bell-bottoms and stagflation could be making a comeback next year: very cheap natural gas.

So says IHS Markit, which on Thursday predicted that oversupply will push the average U.S. natural gas price for 2020 below $2 per million British thermal units (MMBtu). The information services firm observes that sub-$2 per MMBtu amounts to the lowest average gas prices in real terms since the 1970s. In nominal terms, natural gas did fall below $2 in 1995, IHS added.

“It is simply too much too fast,” Sam Andrus, IHS Markit executive director who covers North American gas markets, said in a written statement emailed to Rigzone. “Drillers are now able to increase supply faster than domestic or global markets can consume it. Before market forces can correct the imbalance, here comes a fresh surge of supply from somewhere else.”

According to IHS Markit, robust domestic gas demand and rising export levels will fail to keep prices from falling. Since January 2018, U.S. gas production has increased by more than 14 billion cubic feet per day (Bcfd), the company stated, adding that domestic output should average more than 90 Bcfd this year and next. Also, it anticipates a 3-Bcfd increase in liquefied natural gas (LNG) exports in 2020.

IHS Markit also noted the next surge of U.S. gas production likely will come from the Permian Basin in West Texas. It stated that growth from the Permian will “more than compensate” for declines in other regions, sustaining the oversupply condition and requisite downward pressure on prices.

“Nearly all the growth in U.S. natural gas demand over the next few years will come from LNG exported to other countries,” Andrus said.

Factors driving the Permian output growth forecast include associated gas and 6 Bcfd of new pipeline takeaway capacity slated to go online through 2022, IHS Markit stated. Michael Stoppard, the firm’s chief strategies for global gas, pointed out the associated gas will get produced out of the oil well in any event.

“The real change here is the transportation capacity,” said Stoppard. “You go from a situation where producers, in many cases, were paying someone to take their gas to having an economic means of getting it to market.”

IHS Markit observed that evidence of the 1970s gas price comeback already exists. It pointed out that gas prices dropped by more than 60 cents per MMBtu between March and August this year as inventories rose toward their five-year rolling average – all while gas use to generate electricity set records and LNG exports grew. Looking ahead, the firm forecasts that U.S. Lower-48 storage inventory will emerge from the winter at 2.1 trillion cubic feet (Tcf) – or 263 Bcf higher than the rolling five-year average. Moreover, it expects Lower 48 inventory to head toward 4 Tcf next fall.

To add context to projected price movements, Henry Hub natural gas for October delivery settled at $2.57 per MMBtu on Thursday. Within the past 12 months, gas futures peaked at $4.84 on Nov. 14, 2018.

The downward price pressure from associated gas will ultimately curb drilling activity and restore balance in the market, added IHS Markit, which anticipates an average price rebound to $2.25 per MMBtu for 2021.

“Markets work in the end,” Shankari Srinivasan, IHS Markit’s vice president for energy noted. “Rising prices stimulate supply and falling prices curtail it. What is unique here is the extent of reduction required. But signs still point to this coming price fall having a limited shelf life rather than being the new normal.”