Future Diversification Is Key For US Shale Players 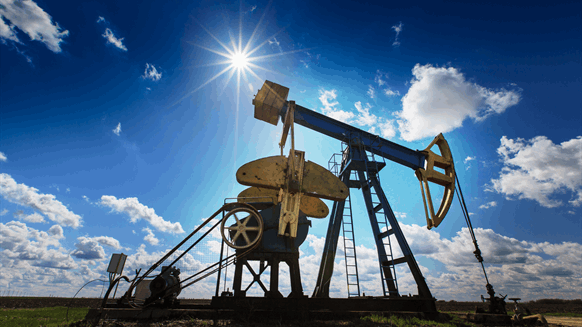 Vast volumes of cheap shale gas have underpinned the US economy and now are coming to Europe's aid with additional large-scale LNG exports.

Vast volumes of cheap shale gas have underpinned the US economy, helped to reduce the carbon intensity of the US power supply, and now are coming to Europe’s aid with additional large-scale LNG exports.

A rejuvenated US Lower 48 spawned a new generation of independents, a handful of which now own and operate some of the largest single-play oil and gas projects in the world.

US liquids production increased by 10 million bpd from 2011 to 2022, capturing a scarcely believable 10% of global supply in the process. Almost 6 million bpd is Lower 48 crude and condensate production, two-thirds of that from the Permian Basin alone, and the rest are natural gas liquids produced from shale gas plays. Shale gas production has leaped from zero early this century to 68 bcfd in 2022, now two-thirds of the US supply.

The giant unconventional projects underpinning these macro numbers are ‘advantaged resources’ and big enough for the majors to build significant positions. The Permian is central to Chevron’s and ExxonMobil’s businesses while the Eagle Ford and Haynesville are material for BP even after US Lower 48 disposals. ConocoPhillips has seized opportunities to build its global business around a Permian tight oil core.

But US-focused independents have capitalized the most on the rise in shale volumes. Five US operators – EQT, Pioneer, Antero, Diamondback, and Range – have amassed single-basin positions on a global scale.

Investors drove the ‘bigger is better’ strategy. In the middle of the last decade, US onshore E&Ps were the premium-rated plays in the sector, trading on the highest forward EV/EBITDA multiples reflecting the growth opportunity at the time. Investors backed acquisition strategies that increased concentration because they wanted E&Ps to be ‘best in basin’. Funds decided they could diversify their investment portfolios by hand-picking from a basket of these pure plays.

And for an E&P, building scale in its sole, core basin has been sound economics. Bigger shale operators can spread technical and commercial experience and prowess over larger lease positions, leverage oil field services, and bargain with the all-important pipeline owners to get their volumes to market.

But growth, according to Wood Mackenzie, has been deprioritized in the last few years, and the strategy behind shale acquisitions has evolved. It’s been opportunistic for financially strong buyers and defensive for those needing to acquire volumes and slash costs. But many deals in 2020 and 2021 still focused on adding to the same basin and play. Fresh ‘Tier 1’ wells in familiar geology boosted drilling inventories to support the dividends investors now demand.

Bigger players didn’t just double down – some tripled or quadrupled down on the patch they know best, Woodmac explained. Consolidation and concentration reached a new high point last month with EQT’s $5 billion purchase of Tug Hill. This deal lifted EQT over the one million boepd mark, with 100% of production from just five counties in Appalachia – a single-play scale eclipsed only by some of the world’s largest NOCs. ExxonMobil also has around 1 million boepd in the Lower 48, most from the Permian although other plays also contribute.

Woodmac also noted that there is a focus on single play versus portfolio balance. The bigger IOCs diversify their portfolios as a matter of course over time, managing risk by rarely allowing a single asset to dominate. As a result, no major has a project outside of the Lower 48 that produces more than 400,000 boepd.

Investor focus has shifted from growth to yield, making the reliability of dividends paramount and diversification an advantage. It’s no coincidence that the US majors today command the premium rating in the sector at 5.0x to 5.5x forward EV/EBITDA. US onshore E&Ps, in contrast, are now on much lower multiples, reflecting the risk to cash flow and dividends in a super-concentrated portfolio.

Furthermore, mergers that have added different geographies to a US Lower 48 portfolio without a clear strategic or synergistic rationale have not been well received by the market.

Even so, in Woodmac’s view, shale players need to consider diversifying in future deal-making. High free cash flow generation in 2022 means these bold decisions can be made from a position of strength. But the hard part will be finding a match that boosts the resilience of the business without detracting from the value proposition.