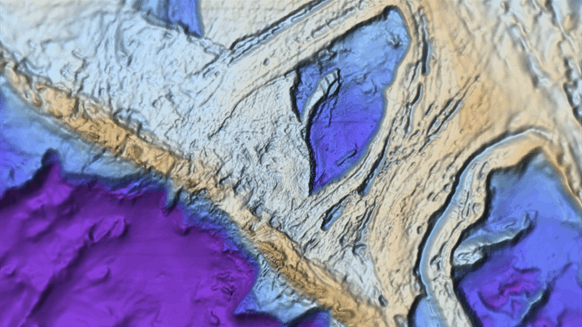 Above is a multibeam seabed image of the Gulf of Kutch on India's west coast. IMAGE SOURCE: Fugro

Fugro reported that it has won a three-year contract from India-based Oil and Natural Gas Corp. Limited (ONGC) to provide integrated survey services. In a written statement emailed to Rigzone, the geo-data firm added the award marks the fourth such contract it has won from ONGC in a row.

“Being awarded this multi-year contract for the fourth consecutive time demonstrates the value Fugro has brought to Indian offshore and our clients,” remarked Remmelt de Jong, Fugro’s marine site characterization director in the Middle East and India. “We are especially proud of the strong relationship we have forged with ONGC and we intend to maintain the exemplary health and safety record we achieved in the three previous contracts, with no major downtime or zero lost time incidents over the last nine years.”

Fugro pointed out that work is underway on the most recent contract, which calls for infield development on India’s east and west coasts. The award recipient noted that survey services include:

The Fugro Mapper geophysical survey vessel is mobilized to perform the surveys in up to 328 feet  (100 meters) of water, Fugro also stated. The firm added geo-data results from the engineering surveys will yield seabed and subsea insights that will help ONGC to develop offshore infrastructure.