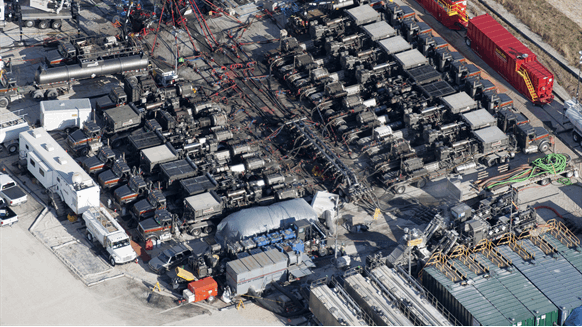 Could the number of frac fleets in US shale basins drop by nearly one-third over the next six months?

The number of frac spreads operating in U.S. shale basins could fall by more than 20 percent in less than one month’s time, predicts Primary Vision LLC, which gauges the upstream industry’s health based on hydraulic fracturing activity.

On Wednesday Primary Vision reported that the number of frac spreads, also known as “frac fleets,” had decreased by 19 week-on-week to a new total of 298. Moreover, the firm contends the six-percent decline in spreads – the equipment used to perform a frac stimulation job to complete a well – likely heralds a months-long downward trend.

“All basins are getting corrections and we don’t see this changing over the course of the next six months,” Primary Vision stated in its weekly “Frac Insights” email newsletter.

The firm noted that it had initially envisioned a 10-percent drop month-over-month through May. However, with the West Texas Intermediate (WTI) crude oil price “clawing at $20,” Primary Vision now expects the number of frac spreads to “spiral down” to the 250-mark quickly – perhaps as soon as two weeks from now. A WTI in the teens could bring that figure even lower, the company added.

Johnson said the earlier 10-percent frac spread decline prediction assumed that from 3,000 to 6,000 employees would be laid off in total by May 1.

A reduction in even one frac spread spurs a significant loss of jobs.

“We can have anywhere from 50 to 100 people when adding in all of the ancillary services needed to complete a well,” said Johnson.

To put the most recent 298-spread figure into perspective, Johnson compared it to corresponding periods in recent years:

Although Primary Vision has observed corrections in all U.S. shale basins, Johnson noted the frac fleet departures appear most pronounced in the Permian, Marcellus and Utica.

“The Permian and the Appalachian are both seeing early declines,” he said.