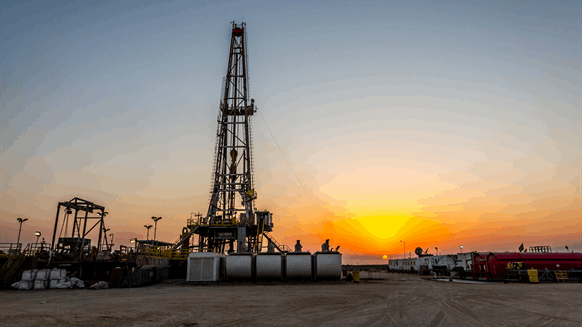 Data are ubiquitous in the oil and gas industry, and statistics about drilling activity – such as the Baker Hughes Rig Count and S&P Global Platts’ RigData – provide snapshots about the health of the upstream industry.

Los Angeles-based Primary Vision, Inc. seeks to measure the state of the upstream based on another factor: hydraulic fracturing activity. The company presents this industry indicator by way of its proprietary “Primary Vision Frac Spread Count,” which tracks frac spreads.

“A frac spread, sometimes referred to as a frac fleet, is a set number of equipment that a pressure pumper – an oilfield service company – uses for hydraulic fracturing,” explained Matt Johnson, Principal with Primary Vision. “This includes a combination of fracturing pumps – also referred to frac pumpers and/or pumping units, data trucks, storage tanks, chemical additive and hydration units, blenders and other equipment needed to perform a frac stimulation.”

Johnson, who said that his company monitors tens of thousands of frac jobs annually, described frac spread counts as “a solid health monitor for operators, pumpers and all of hydraulic fracturing.”

“If frac spreads are up, activity is up and likely production is growing as a result,” said Johnson. “If activity is down, the market may be going through a transition because of a variety of factors including pricing, logistics and supply/demand issues.”

Johnson said that his company’s frac spread counts have shown a clear growth trend sector-wide over the past 18 months.

“If you’re a water transfer company, proppant company, chemical company, etc., you’ve seen an increase in demand for your products and therefore, hopefully, revenues,” Johnson said. “The need for truck drivers is in high demand, which is obvious, and a need for temporary/static housing alternatives in growing regions, which might be less obvious.”

In addition, Johnson said that his company has reported that insurance premiums on the frac pad have been increasing as a result of inexperienced hires.

“Safety performance is being tied to executive compensation more than ever before, and the insurance industry stands to benefit at least from a premium standpoint,” Johnson said.

Since January, Primary Vision has reported some fluctuation in frac spread activity but Johnson said the latest movement has been upward.

“We saw spread demand swell this year, drawing us closer to full utilization, and then recede a bit over the summer,” Johnson recalled. “As we approached October, we’re seeing another growth spurt, probably tied to a healthy market and looming weather changes.”

Moreover, Johnson is seeing some interest in “greener” frac fleets that run on electricity – powered by natural gas turbines – rather than diesel generators.

“In terms of new orders, we’re seeing operators considering electric fracturing fleets as a serious alternative,” Johnson said. “While they still represent roughly one percent of all available spreads, this appears to be changing.”