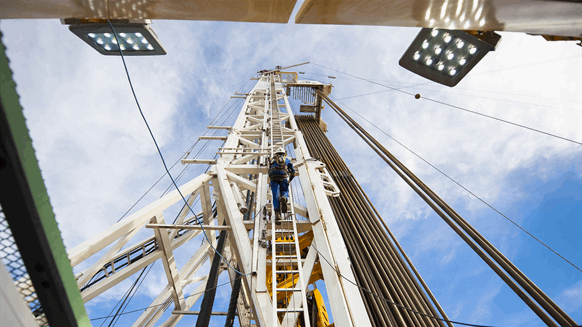 Rigzone panelists highlight their perspectives on the top oil market hits and misses for the week ending June 5, 2020.

An important indicator of the oil and gas industry’s health has improved for the first time in more than three months, but it might not represent the start of steady recovery. Keep reading to find out why in this week’s review of oil market hits and misses.

Tom Curran, Senior Energy Services and Equipment Analyst in Equity Research, B. Riley FBR, Inc.: As most had come to expect after it had plunged by so large a magnitude and to such a low level, the active U.S. frac spread count from Primary Vision appears to have troughed. The weekly active U.S. frac spread count registered its first increase in 13 weeks on May 29, 2020, rising sequentially by eight units, or 18 percent, to 53. For the past four weekly readings, the sequence has been 47, 45, 45 and now 53.

On ProPetro’s First Quarter 2020 earnings call, Chairman and CEO Philip Gobe became the first senior executive of a publicly traded oilfield services company to explicitly call the bottom for frac activity. But, that pronouncement came with a sobering caveat. Gobe stated: “My view is we’re probably at the trough. We don’t have a feel if this optimism is a sawtooth recovery. It’s going to go up and it’s going to go down. There’s probably more things weighing against a big recovery – more on the downside. But, I would caution everyone: activity could pick up, but it may not be profitable activity, may not be cost-effective activity.”

Barani Krishnan, Senior Commodities Analyst at Investing.com: I think the general expectation was that the market will stay in positive territory and possibly push higher ahead of the OPEC meeting, to preempt further surprises in supply tightening by the group. That panned out, yes. But what didn’t was the surprise decision by some, led by Algeria, to … bring that meeting forward then push it back to its original schedule. Now, we hear that extending cuts will be conditional upon the laggards in the group catching up with their commitments. That’s a new one in an era where common sense dictates that you would want to preserve the market’s upward momentum rather than sacrifice it on the altar of equitable cuts.

Tom Seng, Director – School of Energy Economics, Policy and Commerce, University of Tulsa’s Collins College of Business: An improving U.S. stock market, lower production and the gradual increase in demand has July WTI flirting with the $40 level this week, with solid $40s on the back end of the board from December on out. That’s a “magic” number for the industry as a certain level of sustainability can be achieved at that price. However, we won’t see growth unless we can manage to get back to the $50s. Storage spreads have evaporated, but the question remains as to the price level at which all of the previously stored oil – both in tanks and tankers – will hit the market.

Krishnan: Other than the back-and-forth on the OPEC meeting schedule and renewed focus on individual country commitments, the real surprise is how oil bulls continue with their delusional ways in pushing the market up despite very suspect U.S. demand data.

The latest U.S. Energy Information Administration (EIA) dataset clearly highlights the dubious base upon which the oil rally has been built. You have a 2 million-barrel decline in crude, but you also have a 4 million-barrel build on the Strategic Petroleum Reserve (SPR). For all the hurrah made over gasoline demand, we had a build of 2.8 million barrels. And distillates continue to draw tears from the trade with another near-10 million-barrel build. Distillate inventories alone have risen by over 50 million barrels the past eight weeks. It’s quite insane that we can ignore all these while trying to get Brent to $40. We also continue to salivate on when the OPEC meeting will happen and (what) it will bring when it does when the outcome – extended cuts – won’t matter much with such suspect demand for fuels.

Seng: Once again the EIA Weekly Petroleum Status Report held the surprises as a reported 2.1 million-barrel inventory decrease was met with large increases in gasoline and distillates, offsetting any bullish sentiments. Furthermore, the SPR increased by 4 million barrels the week prior – revealing a more overall bearish supply/demand balance. The key oil storage hub at Cushing, Okla., had the brunt of the storage draw-down at 1.7 million barrels. Refinery utilization is slowly creeping upwards and now stands at 72 percent of capacity. U.S. oil production decreased by 200,000 barrels per day (bpd) last week to 11.2 million bpd. It was a mere 11 weeks ago that U.S. oil production stood at an all-time record high of 13.1 million bpd.

It appears that the OPEC+ group is only achieving about 80 percent compliance, with Iraq and Nigeria not living up to the curtailment agreement. That is now a sticking point with the group at large as they meet this weekend to discuss an extension of the current cuts. Russia, for one, wants total compliance by all of the 23 oil-exporting countries forming this group.

Curran: On a continuous basis, the NYMEX front-month WTI price broke through its 100-day moving average early in the week, reaching a close of $37.34 on Thursday. This followed its breach of the 50-day moving average just three weeks prior. The strength and duration of this uptrend has continued to surprise.