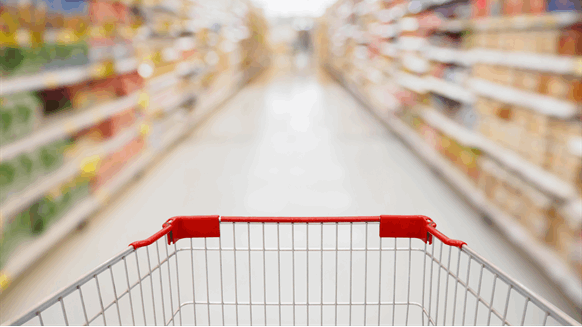 'We'll perfect our chemistry,' a common goal for the Beach Boys and Liberty Oilfield Services.

One common misconception of current frac fluids used in shale is that they contain hundreds of chemicals. While this was maybe true for exotic frac fluids used decades ago on an occasional high-pressure high-temperature job, the economics of the Shale Revolution have dramatically simplified frac fluids.

As a matter of fact, you can take just four grocery store products from Whole Foods and Walgreens and create your own frac gel. A basic crosslinked guar system can be made with water and four simple items:

WARNING! All the above frac fluid components are designed for either human indigestion or application into the human eye. Please read product labels for proper use.

In the photo above, our Lab Manager Joel Siegel demonstrates an early crosslink of this fluid system. He has just dissolved some guar gum powder in water. Guar gum is powder from the grinded endosperm of a guar seed, and consists of ultra-long organic molecules. These long molecules are ideal as a healthy thickening agent in food like yoghurt or products like toothpaste. Joel then added some Milk of Magnesia (used to help an “upset tummy”) to get to a slightly alkaline pH level. He then added a few drops of Visine Eyedrops, which contains Boron as a preservative. Boron doubles up as a crosslinker, tying together the long guar molecules to thicken the fluid system even more than before. Joel mixes this in a blender for about 30 seconds, and you can see in the photo how the crosslinked gel is becoming thicker. You can continue to mix and develop more viscosity by pouring the fluid from one cup into another while the fluid develops the characteristic fluid “lip” showing the proper fluid potential as a carrier system for proppant. Shale Revolution economics have largely driven the current industry change to slickwater fluid systems. This was accelerated through the 2015-2016 industry downturn.

The last three years have seen an innovative march toward fewer chemicals and lower additive quantities to place a pound of proppant. As our Engineering Manager Ben Poppel often explains, successful proppant placement used to be done with “viscosity” from frac fluid systems, but is gradually replaced by “velocity” through pump rate. In the graph below, we see a gradual industry movement toward the fluid systems on the left. Slickwater initiated the shale gas revolution in the Barnett Shale. To make shale oil work, the early industry consensus was that higher viscosity fluids were needed to make it work. Liberty pioneered 100% slickwater jobs in horizontal wells in the Williston Central Basin in 2011. In the higher-permeability Niobrara in the DJ Basin we believed viscosities higher than provided by slickwater fluid was needed for enhanced proppant placement. As such, Liberty’s Spirit system (SPE 181457 or paper summary #8 here) provided a cheaper fluid alternative in the DJ Basin than the high-cost Zirconate CMHPG system that was pumped in the basin before we arrived. For a while during the downturn, our low-concentration Borate guar systems became more prevalent. Now, however, DJ designs have kept moving on from this transitional fluid system to mostly slickwater pumped at even higher rates. As shown in the graph below, we now use a 10 – 12 ppt Spirit fluid system about 15 percent of the time we pump in the DJ Basin.

As a company, we are pumping more slickwater than ever. While there are some holdouts in the Eagle Ford and DJ, more than 85 percent of all the fluid we pump is slickwater – water with FR (friction reducer). In the Eagle Ford, the preference of gel system is most likely related to higher pressures and rate restrictions. Frac gel from Whole Foods is still too expensive to pump in bulk. However, we will continue to pump proppant with fewer additives and find greener, cheaper and cleaner additives to further perfect our chemistry.

Leen Weijers is senior vice president of engineering with Liberty Oilfield Services. He wishes to thank Joel Siegel and Ben Poppel for engineering Liberty’s Spirit System and a 100-percent grocery-supplied frac gel. Also, he expresses his thanks to Liz Wright for taking the above photos.

Jim G  |  June 07, 2018
Hey while I have worked in the energy industry, this is a simplified explanation of what is pumped down hole. There is also biocides and scale inhibitors pumped as well. I guarantee you this is not some fluid that you would want to drink. The economic benefits that come with the production of oil and gas, and the environmental risks are two different sides to a complex issue. While it is not economically viable for the U.S. to step away from seeking energy independence, environmental stewardship is paramount to keeping our planet healthy and viable for living.
Randy Verret  |  June 07, 2018
Good work! A practical article that any person can reasonably understand. Removes the "mystery" and reveals the actual science & technological progress. So why doesn't industry get these types of articles out to the general public so the environmental "spin machine" can be challenged? Better yet, offer a direct challenge out to the Sierra Club, Wild Earth Guardians & other NGO's to get their "top chemical engineers" to formulate a better organic fluid delivery system? Long overdue for this industry to go on the offensive on many of these ridiculous fracing claims that continue to confuse & mislead the public...
WorldCommenter  |  June 06, 2018
So is this the "evil" fracking fluid that Governor Cuomo in New York has been banning and the environmental community is so opposed to?
Most Popular Articles
Oil & Gas Job Suggestion
Related Articles
Regional News
United_States
Oil and gas prices