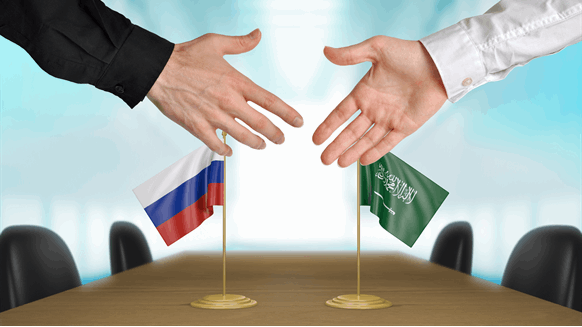 Former British diplomat who served in Saudi Arabia for more than a decade offers his perspective on fight for oil market share.

As a former British diplomat who served in Saudi Arabia for more than a decade, Charles Hollis is watching ongoing developments in the Saudi-Russia oil price war with a notably deep understanding of the economics, internal politics and external pressures that shape the Kingdom’s decision-making.

Now managing director of the London-based emerging markets consultancy Falanx Assynt Ltd., Hollis earlier this week shared with Rigzone his perspective on the battle for oil market share that Saudi Arabia is waging with Russia. Read on for his insights on the price war as well as changes in the Saudi decision-making process since another major oil market upheaval nearly five decades ago.

Rigzone: During your diplomatic service in Saudi Arabia, what were some of your key takeaways regarding how and why top Saudi officials arrive at major decisions – such as the push for greater oil market share with Russia?

Charles Hollis: Decision-taking in general is completely different now. It has become much more centrally taken, rather than through consensual Saudi mechanisms. Oil-related decisions have also become more politicized and less technocratic.

Rigzone: The current price war with Russia is not the first time Saudi Arabia has used its massive oil production capacity to assert itself on the world stage. Two prominent examples include its role in the early 1970s OPEC oil embargo and its mid-1980s decision to raise production and pursue greater market share, with the latter case spurring a major oil price collapse. Compared to earlier far-reaching decisions, what are some key similarities and differences that your see with the current price war?

Hollis: The 1970s OPEC oil embargo was very different – it was a collective decision specifically in response to the U.S. position in the 1973 Arab-Israeli war. The current Saudi decision appears to be a unilateral one opposed by most OPEC members. The Saudi decisions in the 1980s were also unilateral, but initially (1985-86) they slashed production by 70-plus percent to 2.5 million barrels per day in order to protect prices. They only raised them again when no other OPEC members followed suit – so it is not really comparable to recent Saudi moves.

Rigzone: The price war is between Russia and Saudi Arabia, but the demand destruction from it – along with the coronavirus pandemic – has been very harmful to the oil sector in the U.S. and elsewhere. Do these other oil players – by way of their national governments – have any realistic options for helping to resolve the dispute? In other words, what sort of outside pressure could the U.S. government and others apply here?

Hollis: It is very unlikely that international pressure will cause the Russians to shift as the attempt to undermine U.S. shale has been a long-term policy goal for them and the Saudis are playing into their hands on this. Riyadh will hope to pressure Moscow into an agreement at or before the next OPEC+ meeting, scheduled for 9 June. Washington will attempt to assist Riyadh in securing a production cuts agreement, as evidenced by the Trump administration’s appointment of a special energy representative to Saudi Arabia on 24 March, although will stop short or exerting significant pressure on the government to end its price war.

Rigzone: Amid all of the rhetoric surrounding the Saudi-Russia price war, what do you see as the biggest misconception and/or oversight?

Hollis: Both Russia and the Kingdom of Saudi Arabia will face severe economic restrictions and domestic pressure from the reduced oil revenues. This means both sides will ultimately have to prioritize economic and social realities above other objectives – such as knocking out shale. There will be a resolution/climb-down, but it is unlikely to be until after the summer.

Rigzone: In your view, how will the price war end?

Hollis: Riyadh will be prepared to maintain the current strategy for at least the coming six months. The government can draw from US$ 500 billion of foreign reserves, while its sovereign wealth fund retains US$ 320 billion in assets. That said, the government will be wary of the consequences of significantly dissipating cash reserves, which will leave it vulnerable to future crises, and this may ultimately force (Saudi Crown Prince) Mohammad Bin Salman to seek a compromise if the dispute is prolonged.

Rigzone: Do you foresee any lasting changes to Saudi Arabia’s international relations, and the global oil market, as a result of this dispute?

Hollis: Its biggest effect will be on the credibility and internal solidarity of OPEC.