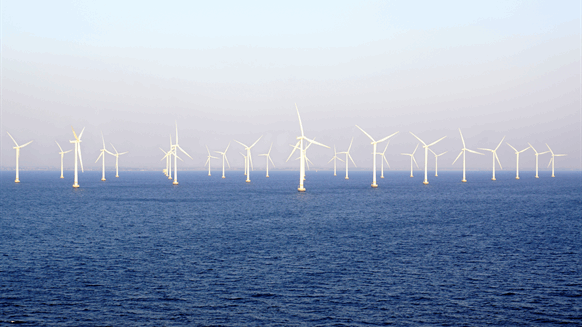 Located off the southwest coast of France, the wind farm will help support the French State's energy transition goals, which include targets to generate 32% of its energy from renewable sources by 2030. The project is co-owned by EDF Renewables, EIH Sarl, a subsidiary of Canada's Enbridge, and CPP Investments.

After nearly three years of construction, the Saint-Nazaire Offshore Wind Farm first produced electricity at the beginning of June 2022 and proceeded to incrementally connect its 80 wind turbines to the national electricity transmission network.

"Enbridge is excited about the arrival of the first commercial-scale offshore wind project in France, the Saint-Nazaire Offshore Wind Farm, and about our role as a leader of the global energy transition. We're advancing several renewable energy projects in Europe and North America, and we are proud to have met this achievement ahead of schedule. We extend our appreciation and thanks to our partners, EDF Renewables and CPP Investments, and look forward to continuing our work together to grow France's offshore wind sector," Matthew Akman, SVP of Power, Strategy, and New Energy Technology at Enbridge, said.

"We are proud to be part of a partnership with EDF Renewables and Enbridge that has successfully delivered the first major offshore wind project in France despite challenging economic circumstances. Saint-Nazaire is the first of many wind investments for us in France that will develop its energy sources and continue its energy transition. It will be a flagship project and an excellent example of our long-term commitment to developing major renewable projects through our global network of renewable energy businesses and partnerships," Bruce Hogg, Managing Director for Head of Sustainable Energies at CPP Investments, stated.

"We are very proud to commission France's first industrial offshore wind farm. I would like to warmly thank all the EDF Renewables' teams as well as those of our partners, Enbridge and CPP Investments, for the work accomplished. This renewable electricity production facility would not have been possible without close cooperation with the French government and its stakeholders, municipality, environmental associations, fishermen, economic players, and residents.”

“Over the past 10 years, this project has contributed to the construction of the offshore wind power industry in France and has mobilized a significant number of jobs during construction and now in the operating phase. This first wind farm is part of the EDF Group's strategy to double its net capacity of global renewable energy to reach 60 GW in 2030. We are also participating in the National Low-Carbon Strategy of the government, which aims to achieve carbon neutrality by 2050 through energy conservation, nuclear power, and the acceleration of renewables," Bruno Bensasson, Chairman and CEO of EDF Renewables, concluded.

According to Enbridge, throughout the development and construction phases, the project team worked closely with local stakeholders. Environmental protection associations and associated experts from the National Museum of Natural History, the National Institute of Research for the Exploitation of the Sea, and independent design specialists provided the knowledge needed to design the wind farm while respecting its environment and biodiversity.

The three companies officially launched the construction of the wind farm in September 2019. The contracts awarded provided French companies the opportunity to increase their expertise to gain competitiveness and seek other global opportunities. In total, during the construction phase, an average of 2,300 people were employed in France, including 1,200 in the Pays de la Loire region. The 80 nacelles and the electrical substation were manufactured in Saint-Nazaire, in the factories of General Electric Renewable Energy and Chantiers de l'Atlantique, respectively.