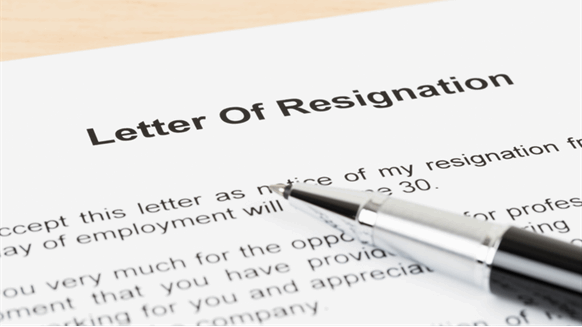 Thursday, May 21, 2020BP has formed a pair of global framework agreements with Worley tied to BP's global offshore developments.

Thursday, May 21, 2020Shell will have a clearer picture of what the reorganization of the company will look like by the end of the year.

Tuesday, May 12, 2020Industrial Scientific Corp. unveiled a technology meant to provide a measure of safety for lone workers in the field.

Tuesday, May 12, 2020Solstad Offshore ASA revealed Monday that two of its vessels have been awarded new contracts.

Tuesday, May 05, 2020Total SA set out bolder commitments to eliminate most of its carbon emissions by 2050, while curbing spending on oil and gas projects due to the crude-price slump.


Petronas Rejects Claim That It Shut Down Projects, Rigs

Tuesday, April 28, 2020As of April 24, the company said it had 18 rigs in operation within Malaysia waters.

Monday, April 27, 2020Sapura Energy Berhad is undertaking a series of austerity measures to mitigate the impact of the pandemic and low oil prices.

Thursday, April 23, 2020Cheniere Energy has pledged more than $1 million to organizations that provide essential services to those most in need and at risk during the Covid-19 outbreak.

Wednesday, April 22, 2020Equinor revealed Wednesday that it has appointed a new exploration leader.

Monday, April 20, 2020Survivex is delivering safety training to oil workers in Asia from its base in Aberdeen during the coronavirus lockdown.

Tuesday, April 14, 2020BP Chief Executive Officer Bernard Looney has revealed that he and BP Chairman Helge Lund have decided to give 20 percent of their salaries for the rest of the year to mental health charities.

Monday, April 06, 2020Petrofac Limited announced Monday that it is taking decisive actions to improve its cost competitiveness and protect the long-term health of its business.

Friday, April 03, 2020Wood announced Thursday that it is taking action to 'significantly' adjust its cost base in anticipation of a reduction in activity levels.

Monday, March 30, 2020CEO Bernard Looney made the promise in a live webcast to about 7,000 employees from his apartment in London.

Thursday, March 26, 2020Equinor revealed Wednesday that it has launched a $3 billion action plan to strengthen its financial resilience in 2020.


Chevron Cuts Spending by $4B

Tuesday, March 24, 2020Chevron became the latest oil company to take an ax to its budget.

Monday, March 23, 2020Xu Keqiang has resigned from the role of President.

Monday, March 23, 2020Shell has embarked on a series of operational and financial initiatives that are expected to contribute $8-9 billion of free cash flow on a pre-tax basis.

Monday, March 23, 2020Tenaris is cutting more than 900 employees in the United States due to the sharp decline in the price of oil.

Thursday, March 19, 2020Keppel Corporation Limited has announced a 'comprehensive package' worth more than $4.2 million to help the Singapore community weather the COVID-19 pandemic.

Tuesday, March 17, 2020ExxonMobil is looking to significantly reduce spending due to the market conditions caused by the COVID-19 pandemic and commodity price decreases.

Monday, March 16, 2020Ineos Group has announced a series of measures to protect employees following the outbreak of the coronavirus.

Monday, March 16, 2020Petronas is strongly encouraging employees who can work from home to do so as a precautionary measure in the fight against the coronavirus pandemic.

Thursday, March 12, 2020The deal applies to a slug suppression device for pipeline-riser systems.

Thursday, March 05, 2020Allseas will equip the Vitoria 10000, above, with a riser to recover rocks laden with valuable metals from the ocean floor. PHOTO SOURCE: Allseas Group S.A.

Thursday, February 27, 2020Weir Group plc has announced that its focus is now on becoming a mining technology pure play.

Thursday, February 20, 2020Repsol SA reported fourth-quarter earnings that missed estimates as a weaker refining and chemicals business and a drop in crude prices had a larger impact than expected.

Wednesday, February 19, 2020The company has embarked on a strategic transition.

Monday, February 17, 2020Transocean reported that it has added 10 contracts since last October.

Wednesday, February 12, 2020TechnipFMC has revealed that it expects approximately $2.4 billion of non-cash asset impairment charges to impact its results in the fourth quarter.

Wednesday, February 12, 2020BP pledged to achieve net-zero carbon emissions from its oil and gas operations and production by 2050.


Ineos Teams Up with F1 Team

Tuesday, February 11, 2020Ineos has teamed up with the Mercedes-AMG Petronas Formula One team through a new principal partnership.


BP Downstream Chief to Move On

Monday, February 10, 2020Tufan Erginbilgic, the chief executive of BP plc's Downstream segment since 2014, has decided to leave the company at the end of next month.