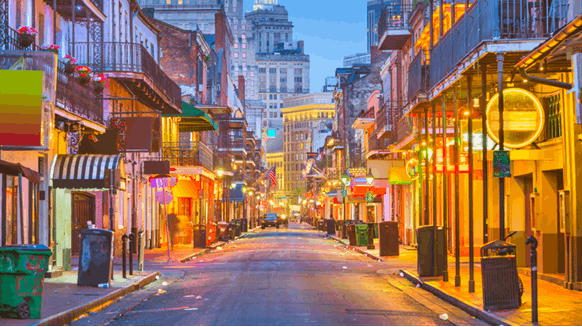 The Louisiana Oil & Gas Association announced this week that its president, Gifford Briggs, will depart the organization on September 11.

The Louisiana Oil & Gas Association (LOGA) announced this week that its president, Gifford Briggs, will depart the organization on September 11.

Briggs, who has been with the association since 2007, is leaving to become the Gulf Coast region director for the American Petroleum Institute. LOGA described him as the voice and face of the Louisiana oil and gas industry.

Mike Moncla has been named the interim president of LOGA, which noted that it will continue its advocacy efforts on behalf of the state’s oil and gas industry uninterrupted.

“Gifford has been instrumental in elevating LOGA to the level of recognition it receives today,” Jim Justiss, LOGA’s chairman, said in an organization statement.

“We have benefitted from his skills, talents and leadership abilities for the last thirteen years … Those same skills, talents and abilities have not gone unrecognized by others in industry and government. We will miss our friend dearly but congratulate him and his family on this wonderful opportunity,” Justiss added in the statement.

Briggs joined LOGA in 2007. After nearly a decade serving as LOGA’s vice-president, he was named president in 2018. Moncla is the vice-president of marketing at DrilTech LLC and a partner at Moncla Workover & Drilling. He has served on LOGA’s board of directors for over a decade and on the LOGA executive committee for the past three years.

“Mike is a leader in the oil and gas industry and the community,” Justiss said in an organization statement.

“We appreciate the expanded leadership role he is taking on in addition to his current responsibilities in Lafayette and look forward to working closely with him while we determine the next steps for the association,” he added.

LOGA was established in 1992 to represent the independent and service sectors of the oil and gas industry in Louisiana. The organization says its primary goal is to provide the industry with a working environment that will enhance the sector.