ExxonMobil Rips Up $30B Growth Plan 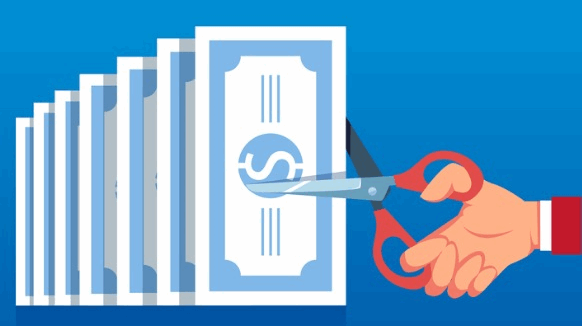 As recently as March, the Texas giant had pinned its future to huge capital spending on oil and natural gas.

The shift by the Western world’s premier oil explorer represents an about-face after more than two years of doing pretty much the opposite of its biggest rivals, who have been been shrinking and looking to a future beyond fossil fuels. As recently as March, the Texas giant had pinned its future to huge capital spending on oil and natural gas at a time when peers were exploring ways to decarbonize.

Exxon Chief Executive Officer Darren Woods’ plan was to lean on the company’s impeccable balance sheet to drill for gushers and still cover almost $15 billion in annual dividends. If cash flow fell short, Exxon’s stellar credit rating would allow it to borrow its way through lean times, or so the thinking went.

But the black swan event of a global pandemic that smashed energy demand amid a stubborn glut of crude overwhelmed Woods’ ambitions. Cash flow from operations fell to zero in the second quarter, Exxon disclosed Friday, and one of the CEO’s top lieutenants announced all bets were off.

The company is pursuing “significant potential” budget reductions and some managers may find themselves out of a job as a result, Senior Vice President Neil Chapman said during a conference call with analysts.

Those cuts would be in addition to ongoing efforts to trim its U.S. workforce by as much as 10% and a $10 billion scale-back in capital outlays announced in April.

More striking was Chapman’s announcement that work on Exxon’s five marquee developments -- deepwater oil in Guyana and Brazil, Permian Basin shale, gas exports from Mozambique and Papua New Guinea -- will all be curtailed or delayed.

Still, he rejected any suggestion that Exxon was undertaking a strategic shift. Rather, Exxon is prioritizing dividend coverage and protecting its balance sheet, said Chapman, one of three top executives who serve with Woods on the management committee that oversees day-to-day operations.

“I don’t think it’s a fundamental change,” Chapman said. “I think it’s a response to the short-term environment.”

Exxon is keenly sensitive to the fate of its dividend because 70% of the company’s shareholders are retail investors, he noted. Keeping that payout to shareholders is “something we take really, really seriously.”

The commitment comes at a significant cost. Exxon already reduced its capital spending plan by about a third to around $23 billion three months ago as the pandemic panicked the world’s major economies. Next year’s outlays probably will shrink to $19 billion, Chapman indicated.

Though a major reversal for management, the scaled-down outlook may appease investors. The counter-cyclical growth strategy was never embraced by the market, with the stock plunging to a 15-year low even before the virus hit. Exxon had dropped out of the top 10 biggest companies in the S&P 500 Index for the first time in 2019 and lost its premium valuation over peers a year earlier.

Still, without so much money being spent on new projects, questions remain over how Exxon can mitigate its long-term production declines and how resilient its assets will be in an energy transition toward low-carbon fuels.

Rivals Chevron Corp., Royal Dutch Shell Plc and BP Plc wrote down billions of dollars of assets in the past quarter because of the depressed price outlook. Exxon, famously resilient to writedowns, took no such charges.

The company is currently undergoing its annual, “very rigorous” process of reviewing the value of its assets and should present the results to the board by November, Chapman said. While Exxon doesn’t publish price forecasts, unlike European peers, Chapman said they’re “consistent with the range of third-party estimates.”