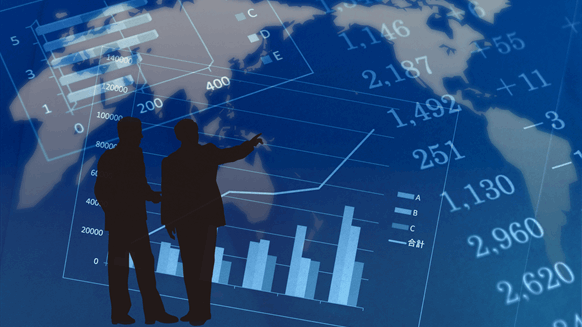 Darren Woods is mounting a strong defense of his plan to rescue ExxonMobil from its share-price slump.

(Bloomberg) -- Darren Woods is mounting a strong defense of his plan to rescue Exxon Mobil Corp. from its share-price slump with $200 billion of investment over seven years that’s at odds with the belt-tightening undertaken by rivals.

Woods’ solution, outlined in a Wednesday interview, is to invest heavily in mega-projects that he says are so low cost they’ll dominate oil and natural gas markets for decades to come. Share buybacks will come only if there’s excess cash, the chief executive officer said, ahead of a speech on the company’s strategy at Exxon’s annual meeting on May 30.

Now his job is to persuade skeptical investors his plan will work, a hard sell so far. Since Woods became CEO in 2017, Exxon has fallen 9 percent, compared with an 18 percent gain for its biggest rival, Royal Dutch Shell Plc. The CEO said he sees “a little bit of a disconnect” between the market’s short-term expectations and Exxon’s long-term planning. But he remains confident.

Oil’s recent surge to $80 a barrel has prompted competitors such as BP Plc to buy back shares while others including Shell and Chevron Corp. have placed hard ceilings on capital expenditures as they seek to reward investors for sticking with them through the slump of 2014-2016.

Not so with Exxon. The world’s biggest publicly-traded oil company bought resources during the downturn and is now planning to spend about $200 billion through 2025 developing them.

“The thing that I won’t do is compromise these advantaged, value accretive investments to buy back shares,” Woods said. Even so, buybacks are “part of the equation,” if there’s enough cash to go around.

The Exxon leader conceded that some of the company’s past investments have weighed on returns, but insisted the future is bright. “The difference in our strategy,” he said, is “the fact that we had the confidence to work hard at developing opportunities when the broader cycle was dropping.”

In part, Exxon’s investment plan is a necessity to offset flat to falling production, which has dropped in five of the last six years. In April, the company posted its worst first-quarter production figures since the Mobil merger in 1999.

Woods puts this partly down to the company’s discipline in not investing in expensive projects when oil was selling for $100 a barrel. “That led to less investment than maybe we normally would have, which when you come out of that market means you’ve got a portfolio that doesn’t have as many projects in it,” he said.

The five key development areas -- oil offshore Guyana and Brazil, liquefied natural gas in Mozambique and Papua New Guinea, and shale in the U.S.’s Permian Basin -- should add about 1 million barrels of oil a day by 2025. They will cause capital spending to grow to an average of $30 billion a year from 2020 to 2025, some 25 percent higher than this year’s level.

By contrast Chevron will spend about $18 billion this year and CEO Mike Wirth anticipates not spending more than $20 billion annually over the next years.

But Exxon will only grow if the additional production can withstand oil prices as low as $40 a barrel, Woods said.