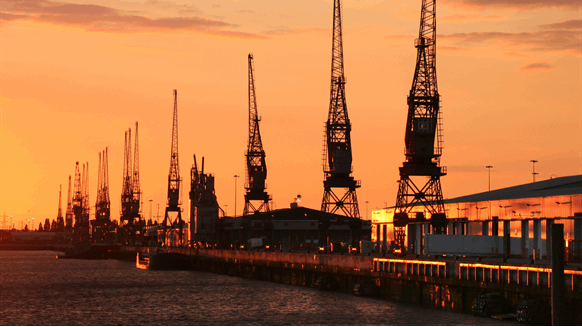 Exxon has signed an MoU with two other companies to explore the use of hydrogen and carbon capture in the Southampton industrial cluster.

ExxonMobil has signed a Memorandum of Understanding (MoU) with two other companies to explore the use of hydrogen and carbon capture to reduce emissions in the Southampton industrial cluster.

Exxon said that the MoU was signed with SGN and Macquarie’s Green Investment Group (GIG). Esso Petroleum Company was the third signee on behalf of ExxonMobil.

Southampton has one of the largest industrial sectors in the United Kingdom and is both a critical element of the country’s energy supply chain and an important gateway for trade in global markets.

An initial feasibility study by SGN and GIG shows the annual hydrogen demand from the cluster, which is home to ExxonMobil’s Fawley complex, could rise to as much as 37 TWh by 2050, including the heating demand of 800,000 homes across the South of England.

An increase in the use of hydrogen with carbon capture would help reduce emissions in the area’s industrial sector and stimulate the local economy through the conversion of the natural gas network while helping reduce emissions from domestic heating and transport.

“Hydrogen will be key in our journey to net-zero, providing a reliable, affordable and practical supply of clean energy to multiple sectors whilst ensuring the security of supply. The creation of hydrogen hubs in and around the industry is a great way of achieving scaled hydrogen demand and creating hydrogen economies,” Angus McIntosh, Director of Energy Futures at SGN, said.

“We are pleased to partner in this project to explore decarbonization of the Solent area and build on the outputs of the feasibility study. This project can kick start a net-zero industrial cluster in Southampton and stimulate net-zero gas networks across the South of England.”

The feasibility study estimated that carbon capture facilities could initially capture approximately 2 million tonnes of CO2 per year, including from initial hydrogen production of around 4.3 TWh of hydrogen per year.

This could also attract significant investment in the community, support existing employment and stimulate the creation of local jobs. If technical and business feasibility is confirmed, and with the right Government support, hydrogen production could commence as early as 2030.

“Hydrogen will play a vital role in decarbonizing industrial clusters like Southampton, and so it is extremely positive that our recent exploratory study has concluded that this hydrogen project is both technologically and economically feasible. Getting the project to development will require close partnership with local industry – which is why ExxonMobil, a potential cornerstone producer and user of hydrogen, joining our project is a significant step forward,” Edward Northam, head of GIG Europe, added.

“Hydrogen has the potential to help provide customers with access to affordable, reliable energy while minimizing emissions. We are pleased to be part of this collaboration that includes a technical study to assess the potential for the Fawley facility to play a key role in both hydrogen production and carbon capture and storage solutions,” Joe Blommaert, president of ExxonMobil Low Carbon Solutions, claimed.

“With well-designed policy and regulations, hydrogen can help reduce the emissions of the Southampton industrial area that provides vital products for modern life,” he concluded.