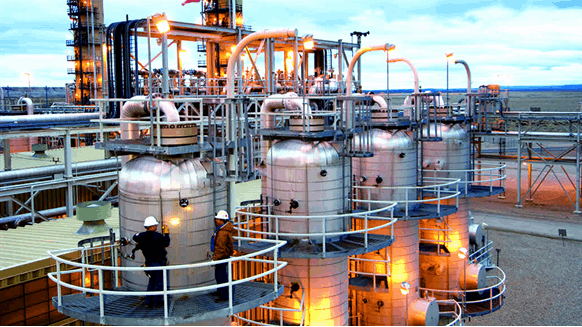 ExxonMobil has made a final investment decision to expand carbon capture and storage at its LaBarge facility in Wyoming.

U.S. supermajor ExxonMobil has made a final investment decision to expand carbon capture and storage at its LaBarge facility in Wyoming.

ExxonMobil completed front-end engineering and design work for the project in December 2021 and expects to issue the engineering, procurement, and construction contract in March. Pending regulatory approvals, the startup is estimated in 2025.

The expansion is part of the company’s 2030 emission-reduction plans and supports the company’s ambition to achieve net-zero greenhouse emissions (Scopes 1 and 2) for its operated assets by 2050.

By capturing an additional 1.2 million metric tons of CO2 each year, ExxonMobil can reduce greenhouse gas emissions from its upstream operated emissions by 3 percent. The LaBarge facility currently captures nearly 20 percent of all human-made CO2 captured in the world each year.

“Our state has always been a leader in carbon capture, utilization, and sequestration (CCUS) and we are pleased to see projects like this that bring that technology forward. Wyoming and our industries do more than talk about carbon capture technologies. We help develop and deploy them,” said Wyoming Governor Mark Gordon.

“This announcement is a great example of what industry can do to reduce greenhouse emissions and develop resources. I am delighted that ExxonMobil has decided to move forward with its expansion in Wyoming. This helps Wyoming advance its commitment to developing the technology to become carbon negative,” Gordon added.

In addition to producing natural gas, ExxonMobil’s LaBarge facility is one of the world’s largest sources of helium, producing approximately 20 percent of the global supply. Helium is an essential component for health care equipment such as magnetic resonance imaging, high-tech products including fiber optics and semiconductors, and materials for space travel.

ExxonMobil has more than 30 years of experience capturing CO₂ and has cumulatively captured more anthropogenic CO2 than any other company. It has an equity share of about one-fifth of the world’s carbon capture and storage capacity at about 9 million metric tons per year.