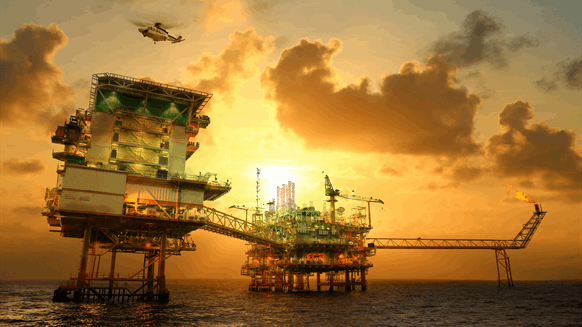 ExxonMobil made a new oil discovery at the Yellowtail-1 well offshore Guyana, marking its 13th discovery on the Stabroek Block.

ExxonMobil made a new oil discovery at the Yellowtail-1 well offshore Guyana, the company announced Thursday.

This marks the 13th discovery on the Stabroek Block and adds to the already 5.5-billion barrels of oil equivalent in the block.

Yellowtail-1 is also the fifth discovery in the Turbot area, which is expected to become a major development hub.

“Similar to the Liza area, successive discoveries in the Turbot area have continuously grown its shared value,” Mike Cousins, senior vice president of ExxonMobil Exploration and New Ventures said in a company statement. “Our success here can be attributed to our industry-leading upstream capabilities, the strength of our partnerships and our ongoing commitment to growing Guyana’s offshore potential.”

ExxonMobil previously stated there was potential for at least five floating production, storage and offloading (FPSO) vessels on the Stabroek Block producing more than 750,000 barrels of oil per day by 2025.