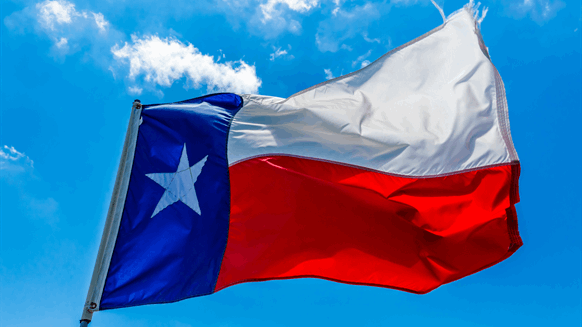 The expanded western leg of MMP's Texas refined products pipeline system will boast a 175,000-bpd rather than 150,000-bpd capacity.

That’s how much more gasoline and diesel fuel Magellan Midstream Partners, L.P. (MMP) will be able to transport on the western leg of its Texas refined petroleum products pipeline system. The company reported Monday that it has decided to add 75,000 rather than 50,000 barrels per day (bpd) of new capacity on the western leg of the currently 100,000-bpd system. The higher new capacity figure stems from additional committed volume received during a recent supplemental open season, MMP noted.

“Magellan’s expansion of our refined products pipeline into West Texas provides our customers with continued flexibility to meet growing demand for gasoline and diesel fuel in the region with supply from our Gulf Coast and Mid-Continent origins,” Michael Means, MMP’s CEO, said in a written statement. “Further construction of the new pipeline segment between Hearne and Alexander has the strategic advantage of providing additional capacity along our extensive pipeline network to satisfy strong demand for refined products destined for the Dallas-Fort Worth metropolitan area.”

The new western leg will carry incremental shipments of gasoline and diesel to Abilene, Midland/Odessa, El Paso and New Mexico, according to MMP. In addition, the company stated that the pipeline system will be able to access markets in Arizona and Mexico via links to other pipelines. MMP also noted that it will upgrade the capacity expansion by:

In addition, MMP plans to add a connection to ExxonMobil Pipeline Co.’s terminal in Wink, Texas. The company also stated that its proposed construction of new refined products terminals in Midland and the Delaware Basin remain under review.

When it announced the original West Texas expansion May 21, MMP had projected the investment would cost approximately $300 million. With the latest announcement, the company has revised the estimated cost to $500 million. The company stated Monday that it still anticipates expanded capacity to become available in mid-2020 pending the receipt of all permits and approvals.