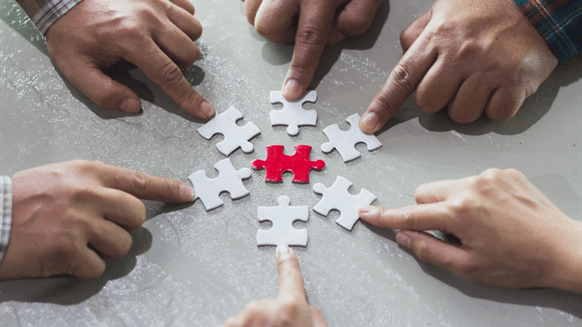 Eni, Total and Sonatrach sign 2 agreements which include an exclusive partnership for offshore exploration in Algeria.

Eni announced Monday that it, Total and Sonatrach, Algeria’s state oil company, have signed two agreements which include an exclusive partnership for offshore exploration in Algeria.

“In parallel, Eni and Total will also pursue obtaining exploration permits that will allow for the rapid completion of the hydrocarbon potential assessment,” Eni said in a company statement posted on its website.

“Together with Sonatrach and Total, we will have the opportunity to explore the deep waters of the Algerian offshore, a virtually unexplored geological province where Eni will be able to contribute by leveraging its experience in the Eastern Mediterranean and its inventory of advanced exploration technologies,” Descalzi said in an Eni statement.

In addition to the agreements above, Eni revealed Monday that it has also signed a separate agreement that will see the company take a 49 percent stake in three oil concessions in the onshore North Berkine basin, located in the Algerian desert.

Eni said it and Sonatrach will carry out an “important exploration program in order to develop the reserves of the three blocks, estimated at 145 million barrels of oil equivalent”.

Production is expected to start by the end of 2020. Eni's entry into the three concession contracts is subject to approval by the Algerian authorities.