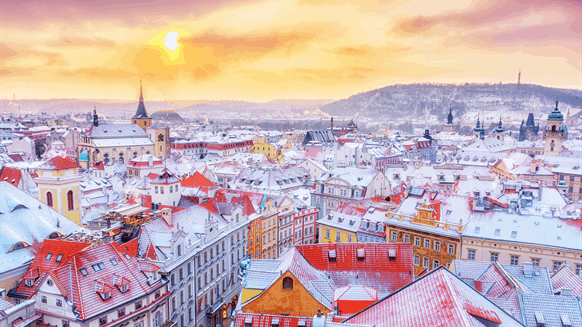 'Market participants will be hoping to avoid any major supply outages and abnormally cold weather'.

Europe prays for a mild winter and friends in far flung places, from the U.S. freeport facility to private Chinese companies that may be able to increase LNG exports to Europe during the heating season.

That’s according to Rystad Energy Analyst Nikoline Bromander, who made the comment in a market note sent to Rigzone on Tuesday.

“After a volatile few months, European natural gas prices have been falling through September and October and are currently at their lowest level since June 2022, reaching $40 per million British thermal units (MMBtu) on the Netherlands-based Title Transfer Facility (TTF) … [on 17 October],” Bromander said in the note.

“Underground storage levels in Europe are continuing to build alongside policy efforts within the European Union to stabilize end-user prices. The European Commission (EC) is considering intervening in the market to increase stability and liquidity and ease the upwards pressure on the European gas market,” Bromander added.

“Until then, with the gas withdrawal season approaching fast, market participants will be hoping to avoid any major supply outages and abnormally cold weather which would hit certain European nations, such as Germany, at the worst possible time. Asia and the U.S. are presently sitting comfortably when it comes to supply and storage levels, though this could change as winter approaches,” Bromander continued.

In the note, Bromander highlighted that European gas demand has continued its year-on-year decline “following measures put in place by the EC and demand destruction”.

“For the coming week, milder temperatures are expected across Continental Europe, which is expected to further depress demand for gas,” Bromander said, adding that falling demand is enabling Europe to build storage levels ahead of the winter withdrawal season.

“European storage facilities are now 92 percent full, well ahead of the EU’s 1 November target, compared to 77 percent at the same time last year,” Bromander said in the note.

In a separate market note sent to Rigzone earlier this month, Rystad Energy Vice President Emily McClain stated that, “with Europe’s winter season now in sight, gas markets are snug but by no means cozy”.

“However, while European storage levels are shaping up nicely, an early or extended winter could yet send gas stocks sledding downward, pushing prices higher,” McClain warned.

In that note, McClain highlighted that weekly LNG imports into Europe were at their highest levels since early May, “with imports averaging 2.6 million tons in September’s second half and up 26 percent compared to previous week’s average of two million tons”.