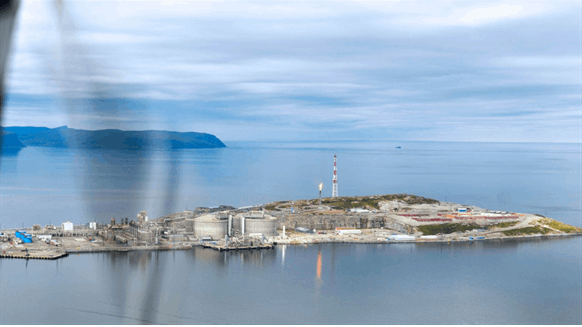 The move follows a fire in a turbine at the Northern Norway complex. PHOTO SOURCE: Equinor

Equinor (NYSE: EQNR) reported Monday afternoon that it had been notified of a fire in a turbine at its Hammerfest LNG plant at Melkøya, Norway.

“No personnel have been reported injured or missing,” Equinor noted in a written statement emailed to Rigzone.

The company added that all personnel not involved in handling the incident have been evacuated. Moreover, it stated the LNG facility has been shut down in accordance with emergency procedures.

Equinor noted its emergency response personnel are assisting with handling the situation and that relevant authorities have been advised.

The Hammerfest facility receives and processes natural gas via pipeline from the Snohvit field in the Barents Sea, according to Equinor’s website. The firm pointed out Hammerfest is the northernmost LNG export facility.