Equinor, Partners to Develop Next Phase of Johan Sverdrup 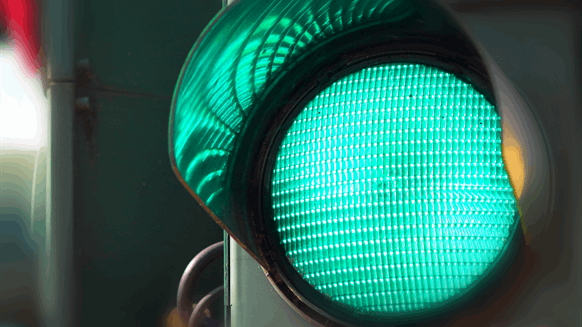 Equinor and partners submit the development plan for the second phase of the Johan Sverdrup project.

Equinor and partners Lundin Norway AS, Petoro, Aker BP ASA and Total S.A. submitted the development plan for the second phase of the Johan Sverdrup project to the Norwegian Ministry of Petroleum and Energy Monday.

“The Johan Sverdrup field is the largest field development on the Norwegian shelf since the 1980s,” Equinor CEO Eldar Sætre said in a written statement. “At plateau, the field will produce up to 660,000 barrels per day, with a break-even price of less than USD 20 per barrel and very low CO2 emissions of 0.67 kg per barrel. Johan Sverdrup is on track to deliver vast volumes of energy with high profitability and low emissions for many decades to come.”

Equinor has described Johan Sverdrup as “one of the most important industrial projects in Norway in the next 50 years.” Phase 1 of the Johan Sverdrup project, which is 80-percent complete, includes the development of four platforms, three subsea installations for water injection, power from shore and the Mongstad oil and Kårstø gas export pipelines, stated Equinor. In addition, the estimated NOK 86 billion Phase 1 is expected to begin production in November 2019.

Phase 2 will entail developing another processing platform (P2), modifying the riser platform and field center, five subsea templates and power from short to the Utsira High in 2022, Equinor noted. In addition, the company reported that the break-even price for Phase 2 will be below $25 per barrel and that production should begin in Fourth Quarter 2022.

In its statement announcing the filing of the Phase 2 plan for development and operation (PDO), Equinor noted the resource estimate for the entire Johan Sverdrup field has been raised from 2.1 to 3.1 billion barrels of oil equivalent (Bboe) to 2.2 to 3.2 Bboe. The company also stated that the expected estimate is 2.7 Bboe, adding that the PDO includes the following improved recovery technologies:

Margareth Øvrum, Equinor’s executive vice president for technology, projects and drilling, stated that Johan Sverdrup “will be best in class” both in terms of digitalization and new technology. She explained that digitalization will bolster the effect of the improved recovery technologies.

“Together, this has allowed us to increase the resource estimate for Johan Sverdrup, while simultaneously raising the ambitions for the field’s recovery rate to over 70 percent,” Øvrum noted. “This will make Johan Sverdrup a world leader also in terms of the improved recovery.”

In addition to announcing that the resource estimate for phases 1 and 2 have increased, Equinor also reported Monday that the total estimated investment for the full Johan Sverdrup field development has decreased by more than NOK 80 billion. Since the Phase 1 PDO was filed in 2015, the estimated estimate for that phase has fallen by 30 percent (NOK 37 billion) to NOK 86 billion, the company explained. For the second phase, the current investment estimate is NOK 41 billion.

“We have worked systematically to make the second phase of the Johan Sverdrup development even more profitable and robust,” stated Øvrum. “We have taken the good solutions and experienced gained from Phase 1 and have optimized the development concept for Phase 2 in cooperation with our partners and suppliers.”

As a point of reference, on Monday USD1 was equal to 8.34 Norwegian Krone (NOK). Equinor is the operator of the full Johan Sverdrup field and owns a 40.0267-percent interest. Lundin Norway owns 22.6 percent while Petoro, Aker BP and Total hold 17.36-percent, 11.5733-percent and 8.44-percent interests, respectively.