Equinor, Repsol Sinopec Brasil, and Petrobras have approved a development concept for the BM-C-33 gas/condensate field.

Equinor (NYSE: EQNR) reported late last week that a development concept has been approved for the BM-C-33 gas/condensate field in the pre-salt Campos Basin offshore Brazil.

“BM-C-33 is a key project in our portfolio and concept select is an important milestone in our effort to mature the project,” Geir Tungesvik, senior vice president for projects with operator Equinor, remarked in a written statement emailed to Rigzone. “It is important to further optimize and improve the project business case to make it more robust for future market.” 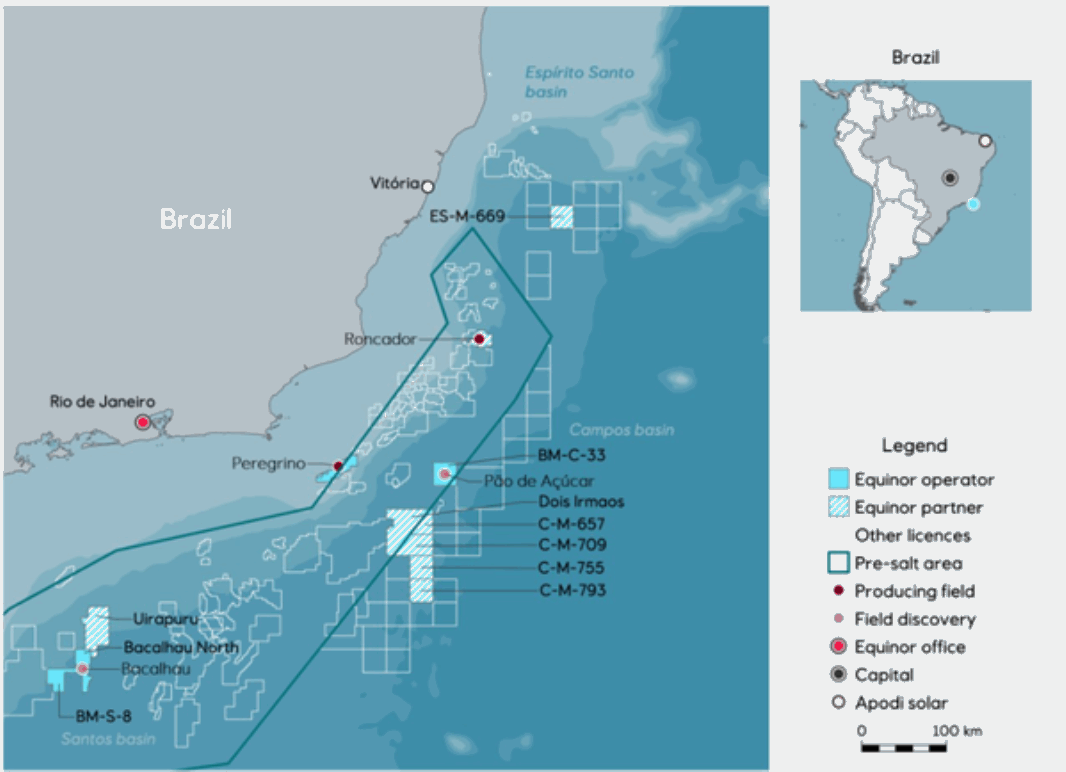 According to Equinor, the development concept calls for sending BM-C-33 well streams to a floating production, storage, and offloading (FPSO) unit at the field. The FPSO will process gas and oil/condensate to sales specifications for export, and crude will be offloaded by shuttle tankers and shipped to the international market after ship-to-ship transfer, the operated noted. The company added that a newbuild hull has been selected to accommodate 30 years in the field.

“BM-C-33 holds substantial volumes of gas,” commented Veronica Coelho, Equinor’s Brazil country manager. “A completion of the ongoing liberalization of the natural gas market in Brazil in line with the current plan is key for the further development of the project.”

“BM-C-33 is an asset that can generate value for the society, both through the creation of direct and indirect jobs, ripple effects, and through a gas supply that can induce industrial growth, as has happened in other countries,” said Coelho.

Equinor pointed out that details on the project timeline toward next decisions and production start-up are pending.