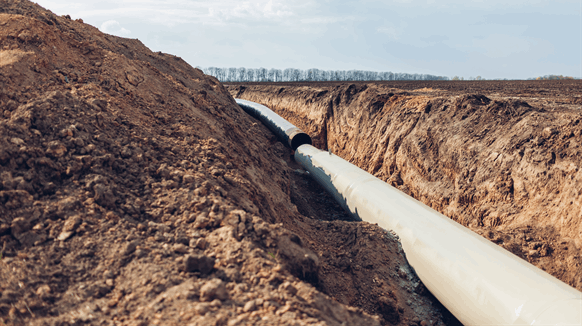 The pipeline will have initial capacity of 600,000 barrels of oil per day and is expected to be in full service on April 1.

EPIC Crude Holdings LP has commissioned its 30” permanent crude oil pipeline. The company is making all oil deliveries out of this pipeline and has ceased interim service deliveries from the 24” EPIC Y-Grade pipeline.

The 30” Crude Oil Pipeline extends from EPIC’s Crane terminal to Robstown, TX, with an initial capacity of 600,000 barrels of oil per day and is expected to be in full service on April 1. The pipeline has 2.3 million barrels of operational storage and will increase to a total of 5.4 million by April 1st.

Remaining construction of the project includes installing an additional 2.1 million barrels of operational storage, bringing total storage to 7.5 million barrels, as well as completing the East Dock that is expected to be operational in the second half of 2020--adding the capability of loading Suezmax vessels. The West Dock began loading operations in December 2019 and is adjacent to the East Dock.

Along with commissioning the 30” Crude Oil Pipeline, EPIC has started the clean out process and transition of the 24” Y-Grade pipeline back to NGL service.

“EPIC’s ability to provide crude oil transport out of the Permian Basin and into the Corpus Christi market highlights the strategic value of our assets,” said Phil Mezey, CEO of EPIC.

Separately, EPIC closed on a $100 million incremental upsize of its existing Term Loan B, bringing the total Term Loan B to $1.1 billion, and closed on a new, $75 million Term Loan C. Proceeds from both loans will fund additional capital expenditures associated with the Crude Oil Pipeline and EPIC’s terminals and docks.

EPIC Crude Holdings was formed in 2017 to build and operate the EPIC Crude Oil Pipeline, a 700-mile oil pipeline which extends from Orla, Texas, to the Port of Corpus Christi, Texas, servicing the Delaware, Midland and Eagle Ford Basins.