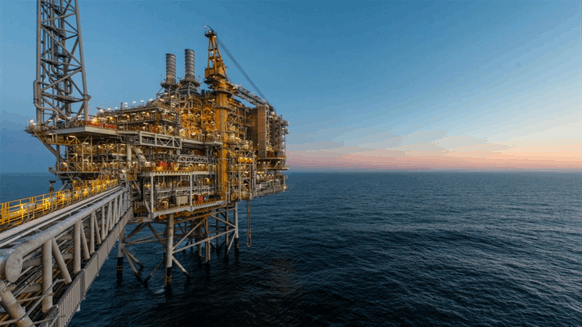 EnQuest has reported higher production for the first 10 months of 2022 when compared to the corresponding period in 2021.

The UK-based oil and gas company EnQuest has seen its average net production in the first ten months of 2022 reach 46,593 Boepd, an increase of 5.2 percent against the same period last year. The company expects the 2022 average net production to be around the mid-point of the existing guidance range of 44,000 Boepd to 51,000 Boepd.

"The Group has delivered good production performance from its operated assets since the beginning of the year and we expect full-year production around the mid-point of our guidance range. During the fourth quarter, the Group successfully completed the North West Magnus well, which is delivering strong performance since completion. During the planned shutdown at Magnus, we made modifications to enable additional gas production of up to 20 mmscfd. Further workover activities at Magnus and drilling activities at PM8/Seligi and Golden Eagle are ongoing,” EnQuest Chief Executive, Amjad Bseisu, said.

"Building on our excellent operational performance and deleveraging during the first half of the year, we are on track to deliver on our 2022 targets. Supported by the successful refinancing of our capital structure, we continue to progress towards our net debt to EBITDA target of 0.5x, which will enable us to consider our broader capital allocation priorities, including potential returns to shareholders in the longer term.

Production at Magnus has averaged 11,493 Boepd for the ten months to the end of October 2022. The planned annual shutdown was completed in 24 days and all major scopes were executed, with the primary focus on compressor maintenance activities to underpin future improved production efficiency. Additional modifications were also undertaken to allow for indigenous Magnus gas exports of up to 20 mmscfd.

During the first ten months of 2022 average gross production at Kraken was 26,370 Boepd (net 18,591 Boepd), which is around the upper end of guidance. Production at Golden Eagle was at 6,542 Boepd. While production efficiency remained strong at over 95 percent, production is lower than expected due to higher than anticipated rates of decline. EnQuest is working with the operator to identify and implement mitigations.