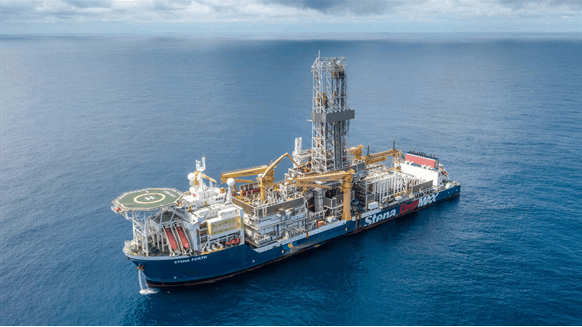 Eni has made a significant new gas discovery at the Nargis-1 exploration well located in the Eastern Mediterranean Sea, offshore Egypt.

Italian oil major Eni has made a significant new gas discovery at the Nargis-1 exploration well located in the Nargis Offshore Area Concession, in the Eastern Mediterranean Sea, offshore Egypt.

The Nargis-1 well has encountered approximately 200 net feet of Miocene and Oligocene gas-bearing sandstones and was drilled in 1,014 feet of water by the Stena Forth drillship. According to the Italian firm, the discovery can be developed by leveraging the proximity to Eni’s existing facilities.

Nargis-1 confirms the validity of Eni’s focus on Egypt Offshore, which the company will further develop thanks to the recent award of exploration blocks North Rafah, North El Fayrouz, Northeast El Arish, Tiba, and Bellatrix-Seti East.

Eni has been present in Egypt since 1954, operating through the IEOC subsidiary. The company is currently the country's leading producer with an equity production of hydrocarbons of approximately 350,000 barrels of oil equivalent per day.

In line with the net-zero strategy by 2050, Eni is engaged in a series of initiatives aimed at decarbonizing the Egyptian energy sector, including the development of CCS plants, renewable energy plants, agri-feedstock for biorefining, and others.

The other Eni’s very recent discovery is a gas discovery offshore Cyprus via the Zeus-1 well, which was drilled in Block 6, 100 miles off the coastline.

Zeus-1 encountered 344 feet of net gas pay in a carbonate reservoir sequence and the gas in place associated to this reservoir is preliminarily estimated at between 2 and 3 trillion cubic feet.

The well was drilled and tested with the Tungsten Explorer drillship, Eni revealed, adding that the results of the test are being incorporated in the evaluation of the discoveries cluster ‘that will drive subsequent studies and operations targeting a fast-track development of Block 6.’

Zeus-1 is the third consecutive discovery in the block, following the Cronos-1 and Calypso-1 finds. The block is operated by Eni Cyprus with a 50 percent interest, with TotalEnergies holding the remaining 50 percent stake.