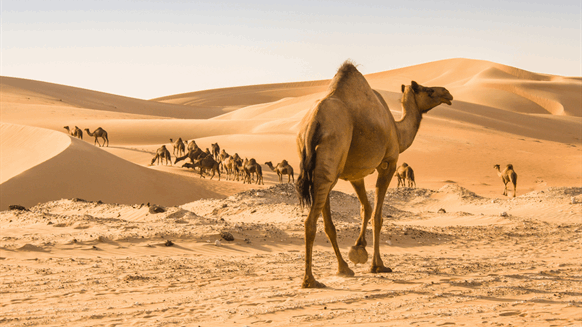 Eni announces a second oil discovery in the Fagur Basin in the Egyptian Western Desert.

Eni announced Monday a second oil discovery in the Fagur Basin in the Egyptian Western Desert.

SWM B1-X was drilled 4 miles away from the first discovery (SWM A2-X), to a total depth of 14,839 feet, and encountered 114 feet of light oil in the Paleozoic sandstones of Dessouky Formation of Carboniferous age and in the Alam El Bueib sandstones of Cretaceous age.

The well has been opened to production in the Dessouky sandstones and has already delivered 5,130 barrels of oil per day of light oil with low associated gas, Eni revealed.

“The discovery on B1-X confirms the high exploration and production potential of deep geological sequences of the Faghur Basin,” Eni said in a company statement released on its website.

"Eni plans, in the near term, the drilling of other exploratory prospects located nearby the A2-X and B1-X discoveries to consolidate what can result as a new productive area for Eni in Egypt,” Eni added.

Eni, through its subsidiary International Egyptian Oil Company (IEOC), holds a 100 percent stake in the South West Meleiha license, where the A2-X and B1-X discoveries are located.

IEOC, through its operating company Agiba, which is equally held by IEOC and the Egyptian General Petroleum Corporation, currently produces 55,000 barrels of oil equivalent per day from the Egyptian Western Desert.

Isam Elsnosi  |  July 15, 2018
The oil discoveries the Fagur basin based on the geological data, and the structural alignment trends of the Kufra basin and southeast Sirte basin Libya(Al Matem depression, NC100A) and their delineation have been revealed by the seismic surveys and the drilled well data in southeast Libya by Eni Oil Libya.