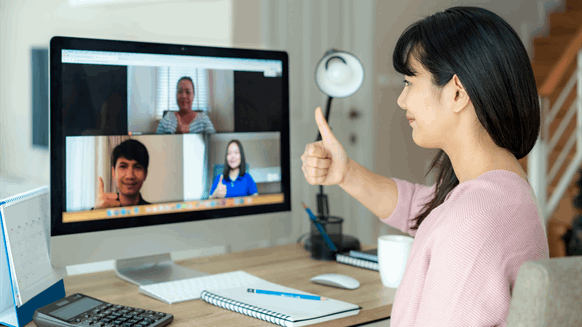 A new University of Houston-led survey of 448 energy workers finds that most respondents would prefer to continue working remotely.

As COVID-19 lockdowns expire and businesses reopen their physical locations, a new University of Houston (UH)-led survey of energy workers finds that more than 70 percent of respondents would prefer to continue working remotely.

In addition, one-fifth of energy workers surveyed indicated they would prefer to take an unpaid furlough over a physical return to their employers’ offices in the next month and approximately five percent stated they would consider quitting instead of returning to the office now, UH revealed in a written statement emailed Thursday to Rigzone. UH prepared the survey in conjunction with Robert Gordon University and Texas A&M University.

To be sure, one of the study’s authors pointed out that how well a company executes office reopening plans and communicates with workers influenced respondents’ attitudes.

According to UH, 448 energy workers – 81 percent of whom normally work in an office – participated in the study. Eleven percent have been furloughed or laid off and the remainder work offshore or elsewhere, the university added. Other study contributors included the UH College of Medicine, consultancy P-PIC, Pink Petro, the Petroleum Equipment and Services Association (PESA) and the Independent Petroleum Association of America.

UH psychology professor Christiane Spitzmueller noted the study also highlighted factors that workers will consider as they return to the workplace.

“Those who live in multi-generational households were more wary about returning to work,” stated Spitzmueller.

The university added that some survey results were unexpected. For instance, it found that employees with preexisting conditions that increase their susceptibility to contracting COVID-19 were no more hesitant to go back to work than their peers without such health issues. In addition, researchers observed that older workers – a more at-risk group – tended to be more eager to return to work than younger workers.

“Discussing mental health issues will need to become a more routine part of the workplace,” stated Rhona Flin, Aberdeen Business School industrial psychology professor and a study co-author. “Laid-off workers have suffered the most during this pandemic.”

The study, which includes recommendations for company executives, is available on the UH Energy website.