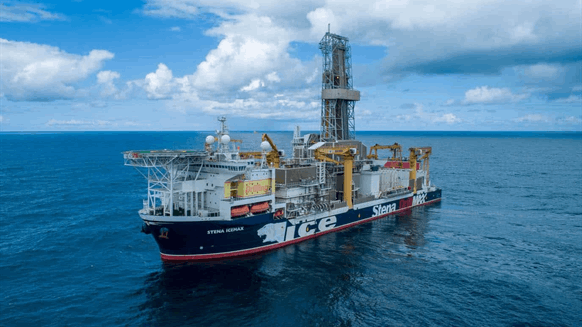 Energean has made a commercial gas discovery in the Hermes exploration well offshore Israel.

Oil and gas company Energean has made a commercial gas discovery in the Hermes exploration well offshore Israel.

Energean said that the preliminary estimate in the Hermes well find was between 7 and 15 bcm of recoverable natural gas resources. It was drilled using the Stena IceMax drillship which has now moved to block 12 to drill the Zeus structure.

The company added that a detailed analysis of the data collected by the well was ongoing, with the aim of refining volumetric estimates and potential commerciality for both the discovery and the full area.

The Hermes discovery has helped to de-risk the nearby Poseidon and Orpheus structures, which represent attractive potential future appraisal targets to fully assess the potential of the area around block 31.

The Stena IceMax has now moved to block 12 – Olympus Area – to drill the Zeus structure. Zeus is estimated to contain 10 – 12 bcm of gross prospective unrisked gas resources in the A, B, and C sands and will enable Energean to gather additional data to further refine resource estimates across the entire Olympus area, currently estimated to be approximately 58 bcm of unrisked recoverable resources.

Energean further stated that it exercised its option to drill a sixth well with Stena Drilling as part of the current drilling campaign. This well is expected to target the Hercules prospect, located on block 23, also off Israel.

Another very important project for Energean is the startup of the Energean Power FPSO on the Karish field online. Last month, the company said it was working on bringing the FPSO online. At the time, Energean said that it was just weeks away from delivering the first gas from the Karish development project.