Encana to Become US Firm with New Name 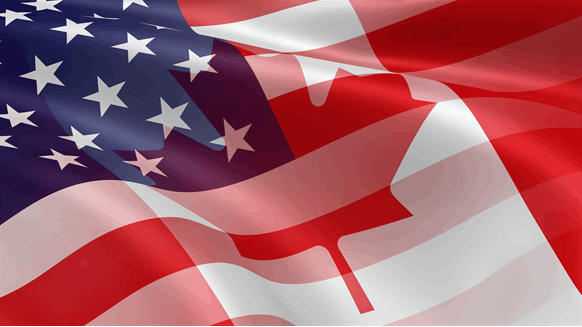 Calgary-based Encana unveiled plans to move its corporate domicile from Canada to the United States and change its name to Ovintiv.

Calgary-based Encana Corp. Thursday unveiled plans to move its corporate domicile from Canada to the United States and change its name to Ovintiv Inc.

“A domicile in the United States will expose our company to increasingly larger pools of investment in U.S. index funds and passively managed accounts, as well as better align us with our U.S. peers,” Encana CEO Doug Suttles said in a written statement emailed to Rigzone.

Citing public data, Encana estimates that its U.S.-domiciled peers enjoy access to approximately 20 percent more index/passive ownership capital, according to a shareholder information sheet posted to Encana’s website. Additionally, the firm stated in a conference call Thursday that a U.S. domicile will allow it to tap into the much larger U.S. equity market – approximately 15 times the size of Canada’s.

“We believe this change will level the playing field with our principal competitors, most of which are U.S.-based companies,” stated Encana, which also noted in a Thursday conference call the change will not alter its operations or strategy.

The change in domicile must receive shareholder, stock exchange and court approval before taking effect, likely in early 2020, Encana noted. The company stated that it expects to put three related items up for a shareholder vote during the first quarter of next year:

The changes will require a two-thirds vote to win approval, along with stock exchange and Canadian court backing. Following the corporate redomicile and name change, the re-branded company would begin trading on both the New York and Toronto stock exchanges under the ticker symbol “OVV,” Encana stated. The company currently is listed on the New York Stock Exchange and the Toronto Stock Exchange, trading under the ticker symbol “ECA” in both cases.

Encana’s operations are spread throughout several onshore U.S. and Canada onshore basins. The company states on its website that its “core growth assets” are in the Anadarko and Permian basins in the U.S. and the Montney play in Alberta and British Columbia. In addition, it holds positions in the Bakken, Duvernay, Eagle Ford and Uinta basins.

“The change in corporate domicile will not change how we run our day-to-day activities,” stated Suttles. “However, our actions show that we will leave no stone unturned to capture the value we deeply believe exists within our equity.”

Henry Traylor  |  November 01, 2019
This was OK information until you see the 5 shares for 1 reverse stock trade. Encana jettisoned 4 shares valued at $0. Another foreign company using US laws to push shareholders down while writing down poor investments in both countries.
RELATED COMPANIES
Company: EnCana more info