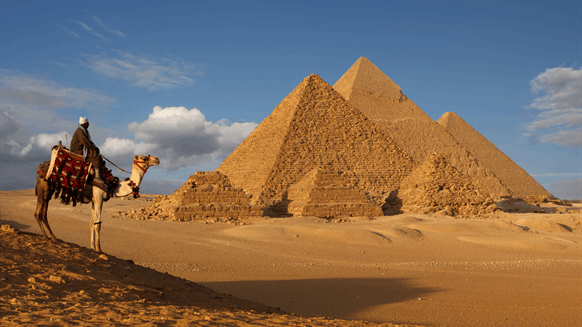 Egypt has witnessed a spike in its energy reserves in 2022, with 53 new oil and gas discoveries

Egypt has witnessed a spike in its energy reserves in 2022, with 53 new oil and gas discoveries, according to a report by the country’s Ministry of Petroleum and Mineral Resources.

The new discoveries include 42 oil wells and 11 gas wells in the Western Desert, the Suez Gulf, the Mediterranean Sea, and Nile Delta.

The latest gas discovery in the Nargis block occurred in December. Reuters reported that the discovery has 3.5 trillion cubic feet of natural gas reserves. The Minister of Petroleum and Mineral Resources Tarek El-Molla did say earlier this month that the volume of Nargis gas discovery was still under assessment.

Also, the Egyptian Natural Gas Holding Company launched an international bid round for oil exploration and exploitation for 12 blocks in the Mediterranean Sea and Nile Delta.

On December 22, El-Molla stated that Egypt was set to invest a total of $2.1 billion in oil and natural gas exploration plans until 2025.

Egypt’s oil and gas sector improvements in 2022 did not stop with discoveries and reserves. Namely, the total production of all petroleum products in Egypt reached 79.50 million tons during 2022.

Moreover, Egypt’s exports of natural gas amounted to $8.40 billion in 2022, an export revenue surge of 171% when compared to $3.50 billion in the previous year.

The Arab world’s most populous nation exported 8 million tons of natural gas during 2022, compared to around 7 million tons in the previous year.

Egypt’s output of petroleum products amounted to around 79.5 MT in 2022, including around 50.6 MT of natural gas, 27.8 MT of crude oil and condensates, and 1.1 MT of liquefied petroleum gas.