Drowning in Dirty Water, Permian Needs $22B to Stay Afloat 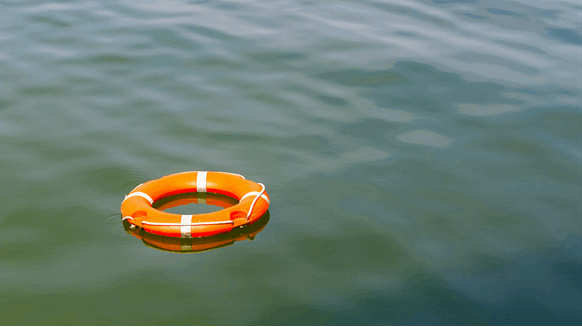 In the dry, dusty plains of West Texas, home to America's most prolific oil play, the problem isn't too little water, it's too much of it.

(Bloomberg) -- In the dry, dusty plains of West Texas, home to America’s most prolific oil play, the problem isn’t too little water, it’s too much of it.

Standing on a 26-foot high rig platform in Texas’s Reeves County, Hickey watches as contractors maneuver drilling pipe almost 10,000 feet underground in search of oil. Just a half-mile away, another rig is equally hard at work. But this one, operated by WaterBridge Resources LLC, isn’t seeking oil. It’s making a hole to dispose of the vast amount of water generated from local wells.

‘‘If we don’t have a water solution we can’t produce the well, it’s as simple as that,’’ Hickey said in an interview. “It used to be that each operator handled water themselves. But the sheer volume of what’s now being produced has created an opportunity for specialized water companies to step in.”

With fracking, explorers blast water, sand and chemicals down wells to crack open the oil-bearing shale below. As oil is pumped up, so is the water, combined with salt-laden water from underground reservoirs to create a toxic mix that would devastate farmland if released on the surface. With as many as four barrels of water produced for every barrel of oil, it’s a disposal nightmare that could add as much as $6 a barrel to company break-evens by 2025, according to a recent Wood Mackenzie study.

Overall, the region will pull up enough water this year alone to cover all of Rhode Island nearly a foot deep. Wall Street is well aware of the threats posed by the Permian Basin’s pipeline and labor shortages, key side effects from the region’s rapid buildup. But investors “aren’t as well apprised of some of the other risks and challenges that could be just as material, if not more so,” said Gabriel Collins, a fellow in energy and the environment at Rice University.

“I’d put water right at the top of that list," he said

How material? Spending on water management in the Permian Basin is likely to nearly double to more than $22 billion in just five years, according to industry consultant IHS Markit. The reason is twofold. The rig count is rising, and many of the "workhorse" disposal formations used for decades are starting to fill up, said Laura Capper, an industry consultant. That means explorers have to move water further to find a home for it.

It’s a problem "that’s just going to get bigger and bigger," said Wood Mackenzie analyst Ryan Duman, "Operators are victims of their own success."

Drillers generally flush excess water back into the ground, often after trucking it to areas such as the San Andres, a region of the basin largely drilled-out early on in the shale boom. But now, with the boom hitting historic levels, that system is running into headwinds.

In the San Andres, wells sunk to gather oil deeper within the play are collapsing as a result of the increased pressure from water injections, causing dozens to be closed and the loss of miles of pipe, according to Andrew Hunter, a drilling engineer at Blackstone Energy Partners-backed Guidon Energy.

It’s a situation that’s "getting worse," Hunter said at a recent conference on water held in Houston. "I think people are afraid to talk about this problem. We’re trying to get the word out to let everyone know how serious this is."

At the same time, earthquakes in parts of West Texas and New Mexico that include the Permian have more than tripled to 62 with at least a 2.5 magnitude in the past year, from just six two years earlier, according to the U.S. Geological Survey. That’s data environmentalists are quick to blame on the injections, pointing to studies on similar activity in Oklahoma.

In some cases, companies are pushing to solve the problem on their own, setting up new units that deal just with water. In other cases, drillers are turning elsewhere for help, creating an emerging industry that coordinates a wide range of services, from trucking to pipelines to disposal and recycling.

Carl  |  September 04, 2018
@Tom. Recycling it is not an option. The water is a toxic mix of solids and chemicals introduced into the wells, as well as a toxic mix of naturally occurring elemental problems. The water is a biproduct that must be disposed of. The costs far outweigh the gains to those who are spending capital to pull oil out.
Rick  |  September 03, 2018
Clean it up desalinate it run it through a treatment process to remove hydrocarbons put it back into the aquifers or into lakes or streams. They clean sewer water and reuse it in Texas ... Elpaso and Big Spring..... I bet this can be done the same way
Wendy  |  September 03, 2018
Here in Queensland, Australia all Gas Drilling companies must deal with all outcast water by law. The water is piped to lined dam catchment areas and either trucked from there to a desalination plant or treated at the catchment and then pumped back into the rivers or creeks - it helps provide areas with water that are in drought.
David Merchant  |  September 01, 2018
I don’t necessarily agree with Amanda Martin Brock’s statement that “Everybody is looking for the holy grail,” and “It doesn’t exist. This is trial and error, this is operator specific." In you go back in time, Forty Six years ago the CO2/EOR Industry started-up commercially with the Sacroc field and had similar issues of Water Disposal after Waterflood operations. Since then, 1.5 Billion barrels of oil have been produced in the Permian Basin utilizing a total of Ten different CO2 Tertiary Recovery Methods, whereas today 99% of Shale Fracked wells utilize only Primary Recovery. Future Recovery Options in Shale Oil Reservoirs do exist that could significantly minimize the problems we see in the Permian Basin today. In addition, the produced water today could be used targeting Conventional Waterflood field targets. However, without economic incentives to develop these assets, Shale Oil Wells still dominate the market and pipeline infrastructure. David Merchant
Richard Quinnette  |  September 01, 2018
Why can't they use the excess water in waterfloods? It seems to me that we haven't figured out how to waterflood a directionally-drilled fractured reservoir. I worked in the Permian in the 80s as a Reservoir, Corrosion and Natural Gas Engineer. Chemical Engineer by degree.
Marcia  |  September 01, 2018
Use sand filtration first, then desalinization by photosynthetic organisms to produce a low-salt reservoir, cyanobacterial cultures, then bring on the membranes and lastly, electrodialysis. Now, if you could do this using Kudzu, it would be win-win. But there's no kudzu in West TX and they don't want any either, LOL!
John Forster  |  August 31, 2018
It is impossible to recycle the water as there is only one way to get rid of salt and that is massive dilution with fresh water.
Stan Harper  |  August 31, 2018
Like tom perhaps even just use the cleaned up water as a topical water maybe even a lake for fish and families to enjoy right there is West Texas where it is dry and rarely see a tree over 4' tall
Glenn Ellis  |  August 31, 2018
Like nuclear waste, nobody wants it in their backyard. Drillers need to plan for disposal before making hole. "DRILL BABY DRILL" got us here. "FLOW BABY FLOW" ~ companies will have to examine all options, including a pipeline for disposal to the desert. Water treatment plants will need to be built, and the clean water could be recycled or used for irrigation. West Texas and New Mexico are both high desert arid regions. Surely the environmentalists would champion using the reclaimed water effectively. Seems a better solution than dumping down the old boreholes and creating earthquakes.
tom  |  August 30, 2018
why not recycle the water.. other parts of texas could sure use the cleaned up water