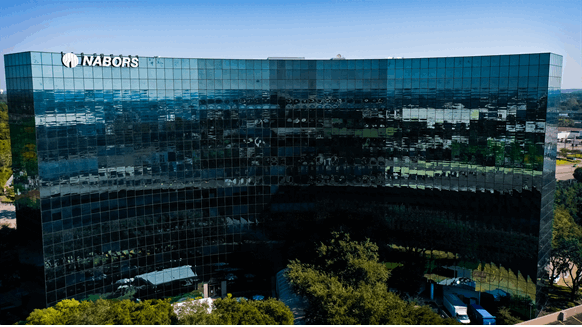 The global drilling contractor is investing a total of $21 million in a pair of geothermal technology companies. PHOTO SOURCE: Nabors Industries

Nabors Industries (NYSE: NBR) reported last week that it is investing a total of $21 million in a pair of geothermal technology companies.

In one instance, the drilling contractor will invest $10 million in Sage Geosystems Inc. Sage is developing geothermal technologies integrating surface (plant) and subsurface (well) components aimed at improving heat harvesting efficiency at a lower capital cost, according to a written statement from Sage. The investment from Nabors, coupled with $2 million from Virya, LLC, will help to accelerate Sage’s technology commercialization and construct its first commercial power plant, stated Sage, which is a Virya portfolio company.

“Geothermal energy can be developed into an unlimited source of clean and renewable energy, which is available 24 hour a day, 365 days a year, but also requires a relatively low amount of resource mining for its effective utilization,” remarked Sage CEO Lev Ring. “We believe the combination of Sage and Nabors will propel geothermal energy to the front of the transition to rapidly commercialize clean energy sources, economically and responsibly.”

Given its focus on early commercialization, Sage pointed out that it is prioritizing access to onshore geopressured formations in the Gulf of Mexico region to prove the commercial viability of its technologies and geothermal harvesting approach.

“We are very excited to participate in the evolution of geothermal energy along with Sage,” commented Nabors Chairman, CEO, and President Anthony G. Petrello. “We believe Sage’s novel approach to harnessing geothermal energy has significant potential to be disruptive to energy markets worldwide.”

Separately, Nabors has also agreed to invest $11 million in GeoX Energy, Inc., which aims to commercialize technologies to install supercritical geothermal power stations in the United States and internationally.

“GeoX is delighted to welcome Nabors, one of the world’s largest providers of advanced drilling technology and well construction services, as a strategic investor,” said Andrew Fleming, GeoX’s founder and CEO in a written statement. “We believe that Nabors’ drilling expertise, stellar health, safety, and environment record, and global reach will greatly accelerate GeoX plans of scaling our supercritical power stations in the U.S. and worldwide in an eminently safe manner for both employees and the environment.”

Nabors’ investment will help to cover costs of a 50-megawatt (nameplate capacity) supercritical geothermal pilot project that GeoX plans to complete by the end of 2022, GeoX noted.

“We believe that GeoX’s leadership, with its extensive global energy experience, combined with its supercritical geothermal power station technologies, have the potential to provide an economic source of baseload renewable power for many generations to come,” Petrello said.

Nabors owns and operates one of the world’s largest land-based drilling fleets and also provides offshore platform workover and drilling rigs in the U.S. and internationally, the company states on its website.