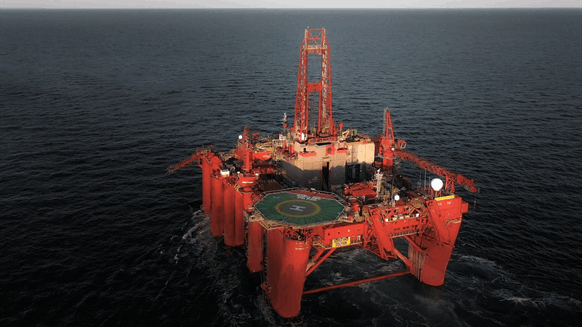 Dolphin also pointed out the LOI represents additional work from Wellesley using the Borgland Dolphin semi-submersible rig. The drilling contractor reported in April 2020 that Wellesley had awarded it firm two-well North sea contract with an option for two additional wells.

“We are pleased with the opportunity given and trust shown by Wellesley to continue our great relationship by drilling its next HPHT well,” remarked Dolphin Drilling CEO Bjørnar Iversen. “This agreement further builds our operational backlog in 2022 and is a result of Borgland Dolphin’s continuous delivery of safe and efficient performance, technical capacity, and best-in-class motion characteristics for year-round drilling.”

Wellesley Operations Manager Callum Smyth commented that his company was “very encouraged” with Borgland Dolphin’s performance and crew last year and is eager to drill another well with the rig.

“Having the ability to drill this well with the Borgland Dolphin means we can offer our license partners a well at a sensible price,” Smyth said. “Wellesley has been one of the most active explorers in Norway during recent years and continues to generate high-quality prospects that are ready to drill. We have had an excellent experience with our suppliers over the years and are very keen to use the Borgland Dolphin in 2022.”

Dolphin Drilling noted that it expects Wellesley’s HPHT well to spud in the first quarter of next year.