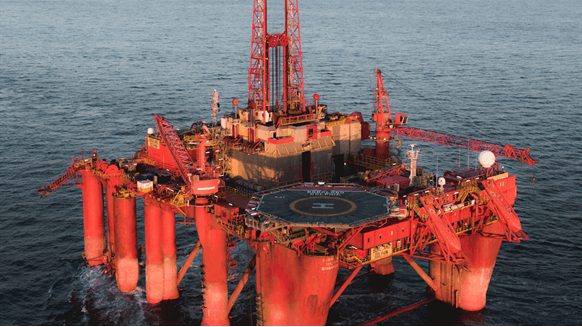 The Borgland Dolphin will mobilize for the initial work program, slated to begin early next year. PHOTO SOURCE Dolphin Drilling

DNO Norge AS has awarded a combined contract for exploration and plug and abandonment (P&A) activity on the Norwegian Continental Shelf (NCS) to Dolphin Drilling, the drilling contractor reported Monday.

“We are pleased to work with DNO again, and we are delighted to support an operator who is not only showing responsible well ownership with its P&A activity, but continued support for the energy possibilities in the region with its exploration work,” Dolphin Drilling CEO Bjørnar Iversen remarked in a written statement emailed to Rigzone.

Dolphin Drilling stated that it will support both ends of the well lifecycle under the contract, with work confirmed for one exploration well plus P&A activity on three NCS wells. The company pointed out the initial work program will begin in the first quarter of 2021 using the Borgland Dolphin for approximately five months. It added the contract includes an option for additional work into 2022.

“While the lower prices continue to put pressure on the oil and gas industry, we are really pleased to be able to continue to support customers with their well requirements no matter the stage of their lifecycle, bringing the efficiencies that come from the very capable rig Borgland Dolphin, and a team of subject matter experts both offshore and onshore,” commented Iversen.