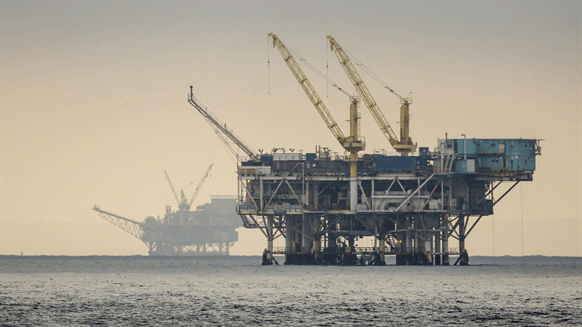 The U.S. Department of the Interior has issued an update.

The U.S. Department of the Interior (DOI) announced late Thursday the next steps that the Bureau of Ocean Energy Management (BOEM) and the Bureau of Land Management (BLM) will take to comply with congressional direction on oil and gas leasing through the Inflation Reduction Act (IRA).

In relation to offshore leasing provisions, BOEM has prepared a Draft Supplemental Environmental Impact Statement (EIS) for two Gulf of Mexico oil and gas lease sales – Lease Sales 259 and 261, the DOI outlined. Congress directed that Lease Sale 259 be held by March 31, 2023, and Lease Sale 261 by September 30, 2023, the DOI noted.

As for onshore leasing provisions, the BLM announced that it will begin scoping for the next onshore oil and gas lease sales in New Mexico and Wyoming under a strategy that includes onshore lease sales consistent with the terms of the law, the DOI highlighted.

The DOI noted that the IRA provided “important modernization” of the BLM’s oil and gas leasing program, including increasing the minimum royalty rate, minimum bid, and rental rates; assessing a fee for the filing of Expressions of Interest; and eliminating non-competitive leasing.

“The IRA is a historic and transformational investment toward achieving President Biden’s ambitious goals to tackle the climate crisis while lowering costs for working families and creating good-paying jobs,” the DOI said in a statement posted on its website.

“It will enable the Interior Department to continue playing a leading role in the transition to a clean energy economy. As the Department implements the IRA, it will continue to conduct robust environmental reviews and strong engagement with local, state and Tribal governments, stakeholders, community leaders and the American public,” the DOI added.

Rigzone has asked the American Petroleum Institute (API) for comment on the DOI’s latest oil and gas leasing update. At the time of writing, the API has not yet responded to the request.

Last month, the DOI announced in an organization statement that the Proposed Notice of Sale for Lease Sale 258 in Cook Inlet, Alaska would be available for review in the Federal Register on September 22. The DOI highlighted in the statement that, in the IRA, Congress directed that BOEM hold Lease Sale 258 by December 31, 2022.