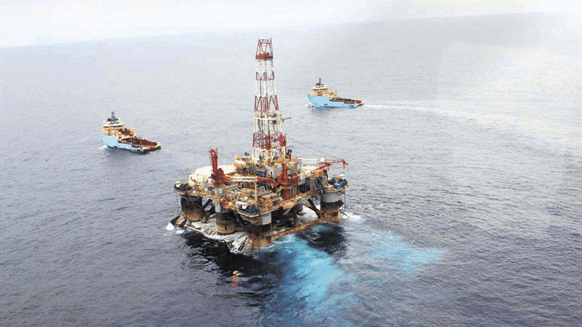 Diamond Offshore has received a contract for a new drilling program with Petrobras in Brazil worth $429 million.

Offshore driller Diamond Offshore has received a notification of award of a new drilling program with Petrobras in Brazil.

Diamond Offshore said that the soon-to-be-signed four-year contract was for the semi-submersible offshore drilling Ocean Courage. Petrobras will have the option to extend the contract for an additional four years.

According to the company, the total estimated value of the firm term of the award is approximately $429 million, including a mobilization fee and the provision of certain additional services.

The new contract is expected to be signed imminently and start late in the fourth quarter of 2023 after the conclusion of the rig’s current contract and new contract preparations.

“This award is a testament to the exceptional performance of our crews and allows Diamond to continue serving the world’s largest operator of deepwater drilling rigs. This program is in addition to the $1.6 billion of backlog we reported as of October 1, 2022," Bernie Wolford Jr., President and Chief Executive Officer of Diamond Offshore, said.

It is worth noting that Diamond Offshore’s contract drilling revenue for the third quarter totaled $190 million compared to $177 million in the second quarter of 2022.

Diamond Offshore said that some of the increase in contract drilling revenue was offset by the fact that the Ocean Onyx finished its contract in Australia and is now being stacked in Western Australia while the company continues to look for prospects in the area.

The company further added that the increase in revenue was primarily driven by the Ocean BlackHawk beginning work in Senegal during the quarter, the Ocean Apex and Ocean Patriot rigs both benefiting from a full quarter of utilization, and the Ocean Patriot rig operating under terms of a contract extension with a favorable dayrate increase.