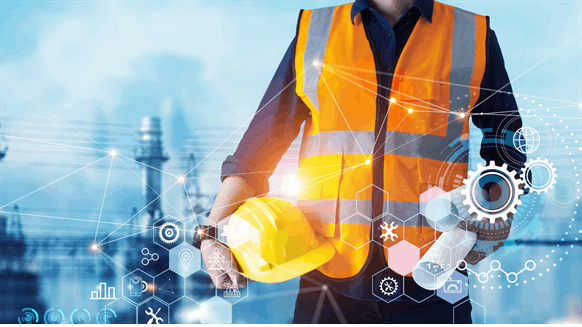 Slama most recently served as Executive Director of the South Australian Chamber of Commerce and Industry after a career in government and business starting out as an apprentice gas fitter with the SAGASCO (now Origin Energy) in the 1990s.

Slama said he was excited to take on the role at such an exciting time as work around the Beetaloo Basin soon moved into issuing production licenses, giving the NT the chance to build one of the nation’s great resources regions.

“It’s great to be back in the Territory after a couple of years away and I am keen to work with our members and deliver more of the economic benefits Territorians know well,” he said.

“Gas is in my veins. I’ve still got my gas fitter license, I’ve worked at the supply end, the infrastructure end, the drilling end and the retail end. With gas already so crucial to the NT economy – employing 11,000 workers along the supply chain, enabling about $19 billion of economic activity annually and driving future economic growth – we can deliver more jobs and growth as we positively shape the region’s future,” Slama added.

“The NT Government’s recognition of gas as an ally of renewables as recently as last week when it completed 13 more Pepper Inquiry recommendations is very welcome. It shows a fundamental understanding of the energy changes occurring globally and how they can be applied to this important area of Australia,” he stressed.

According to Slama, the Beetaloo Basin has the potential to be just as important to the NT’s economy, creating up to 6,300 jobs and delivering billions in revenues to governments within the next two decades, similar to the great resources regions of Queensland and Western Australia.

“My focus will be listening to our members and stakeholders to understand their needs and priorities so we can all deliver the best outcome for Territorians. One in 11 workers up here are involved in the gas supply chain and I want to talk to those people,” said Slama.

APPEA Chief Executive Samantha McCulloch said the appointment highlighted the commitment of the industry to the Territory.

“David’s strong voice in the Northern Territory will be critical to our work and his experience in business, government, policy and advocacy will serve our members well,” she said.