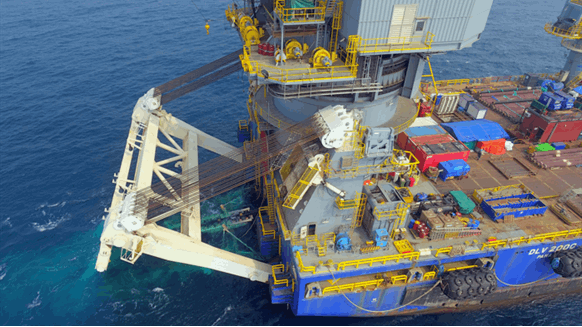 According to McDermott, the first campaign included:

“The safe completion of season one activities, in the challenging offshore environments off the East Coast of India and mitigated disruptions from two cyclones, demonstrates McDermott’s expertise in engineering and execution of complex subsea projects in ultra-deepwater depths,” Ian Prescott, McDermott’s senior vice president for Asia Pacific, said in a written statement emailed to Rigzone. “We will build on our success to help ensure the second campaign is accomplished safely with the highest quality.”

McDermott stated the first offshore campaign occurred at a time when the company is expanding its India operations, with more than 1,500 personnel in offices in Gurgaon, Chennai, Pune and Mumbai. The second offshore campaign in McDermott’s KG-D6 R-Cluster contract with Reliance – ranging in value from US$250 million to US$500 million – calls for:

In its written statement, McDermott noted that the second campaign is set to conclude during the second quarter of 2020. The company added that it expects to complete the satellite cluster development under a separate stand-alone contract in the first quarter of 2021.