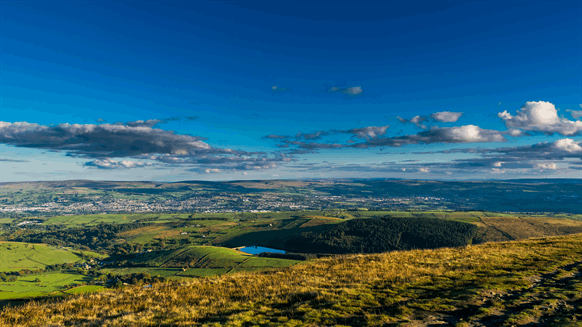 Cuadrilla revealed Tuesday that it has successfully completed drilling the UK’s first ever horizontal shale gas well at its exploration site at Preston New Road in Lancashire.

The well was drilled through the Lower Bowland shale at a depth of approximately 8,858 feet below ground and extends laterally for around 2,624 feet through the shale gas reservoir. Cuadrilla confirmed that it plans to apply, “in the very near future”, to the Secretary of State for the Department of Business, Energy and Industrial Strategy for the consent to fracture the well.

“Our completion of the UK’s first ever horizontal shale gas well is a major milestone towards getting Lancashire gas flowing into Lancashire homes as we lead the way on UK exploration,” Francis Egan, CEO of Cuadrilla, said in a company statement.

“From the data we have amassed so far we are optimistic that, after fracturing the shale rock, natural gas will flow into this horizontal well in commercially viable quantities demonstrating that the UK’s huge shale gas resources can be safely produced and contribute to improving the UK’s energy security,” he added.

Ken Cronin, United Kingdom Onshore Oil and Gas (UKOOG) chief executive, said the completion of the UK’s first horizontal shale gas well was a major step on the road to the UK securing its own supply of natural gas for decades to come.

“When we produce our own homegrown gas onshore we will be able to reduce our dependence on costly imports, support our manufacturing industries, create a new source of tax revenue while creating local jobs and investing in local communities,” Cronin said in a statement published on UKOOG’s Twitter page.

Great news today as @CuadrillaUK announce that they have finished drilling the UK's first horizontal well into shale rock. They will in time be applying for consent to hydraulically fracture the well, the first at their Preston New Road site in Lancashire. Here is our response: pic.twitter.com/XQOJLEuVGO

R G Heath  |  April 10, 2018
Fantastic news. High time we ignored the scientifically illiterate greens and NIMBYs stopping this happening earlier. Next step - get the public to see what a hoax manmade climate disruption is and we can get some sensible energy policy country to benefit the poor and the environment.
s. sledge  |  April 07, 2018
I wish we anti-CSG people could get paid. What do you think the cost of climate change adjustment will amount to?
mark garbutt  |  April 06, 2018
Well done boys and good luck with the frack job hope it's a roaring success.
keith Dennis  |  April 04, 2018
Hello. Well Done, On the way to relying a little less on imports. In times of uncertainty and also Brexit we need to be going down the road of self sufficiency. Also, I would be very interested in an explanation of the previous comment. How does the anti fracking movement take money from Putin ??
Eur Ing John Bowen  |  April 03, 2018
Well don e Cuadrilla! Here's to more good news on the onshore, home-produced gas front for England and the economic benefits associated with this.
Bob Hoye  |  April 03, 2018
I hope the well is the first of many commercial successes. And that the "anti-fracking" movement stops taking money from Putin.