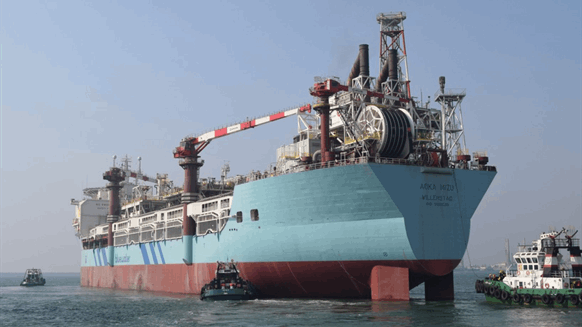 Hurricane Energy's board has rejected an indicative bid for the company's share capital, but Crystal Amber is thinking differently.

UK’s oil and gas company, Hurricane Energy, has advised its shareholders not to accept an indicative offer for the entire issued share capital of the company.

However, Crystal Amber Fund, which holds 28.9 percent of the company’s shares and is the company’s largest shareholder, has indicated to the Board its desire to monetize the value of its shareholding.

Namely, following an unsolicited offer and negotiations with the bidder, the company received an indicative offer which was at a premium of only 13 percent compared to the mid-market closing price of 6.8 pence per share on November 1, 2022. The directors of Hurricane have concluded that the Indicative Offer should not be recommended to shareholders.

Hurricane Energy is in a very strong financial and operational position, however, Crystal Amber Fund has indicated to the Board its desire to monetize the value of its shareholding.

The company has decided to launch a formal sale process, in order to establish whether there is a bidder prepared to offer a value that the board considers attractive, relative to the standalone prospects of Hurricane as a publicly traded company and accordingly one that should be recommended to all shareholders.

In the event that the FSP does not result in a transaction, the Board intends to commence a significant capital return program with up to $70 million to be returned to shareholders in Q1 2023, upon completion of a capital reduction.  Following that, and in the absence of more favorable alternatives, further distributions could then be made during 2023 and beyond.

The Board has appointed Stifel Nicolaus Europe as its financial adviser with regards to the FSP and as independent financial adviser. This means that any interested parties can submit their proposals through Stifel, and will enter into a non-disclosure agreement and standstill arrangement with the company on terms satisfactory to the Board before being permitted to participate in the process.

Other than the unsolicited offer, the company is not currently in discussions with, nor in receipt of an approach from, any potential offeror relating to an acquisition of the issued and to be issued share capital of the company.

“The Board intends to deliver near term shareholder returns through either the successful outcome of the formal sale process or with a substantial capital return program. Hurricane is in a strong position with an experienced senior team, robust balance sheet, profitable ongoing production and significant tax losses - a platform capable of supporting distributions throughout Lancaster’s expected economically productive life. We look forward to updating shareholders in due course,” said Philip Wolfe, Chairman of Hurricane.