Crude Oil Up Amid Growing Spread 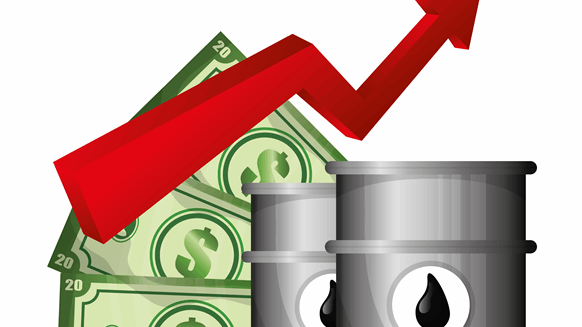 Both the WTI and Brent finished higher Wednesday as the spread between the two benchmarks reached levels not seen since Nov. 2018.

West Texas Intermediate (WTI) crude oil for March delivery gained 83 cents to settle at $56.92 per barrel. The WTI peaked at $57.55 and bottomed out at $55.48 during the midweek session.

“Last week we had stated: ‘While we favor the conclusion of the pattern with an eventual breakout to the upside, we want to continue to trade the markets against our listed support and resistance levels until a break beyond our major levels can occur either way,’” recalled Steve Murphy, vice president with Rockville Centre, N.Y.-based Rafferty Commodities Group.

Murphy explained that the consolidation pattern had persisted for more than a month after the market rallied from the December lows. He referred to a monthly chart for the WTI and another one for the Brent to illustrate his firm’s major resistance levels.

“Our upside targets are the 5800 area for April WTI and 7000 for April Brent,” said Murphy. “At this juncture, we prefer to buy the market on pullbacks but near our listed support levels. Some of our former resistance levels have now become support levels. A close below our major support levels would cause us to change our bullish outlook.”

In addition, Murphy pointed out that the April Brent/WTI spread within the past week has returned to wider levels not seen since Nov. 2018. This chart provided by Rafferty Commodities Group reveals the growing price differential between the two crude oil benchmarks.

“The spread continues to trade between the -10.32 major support and the -9.63 major resistance since moving back into this congestion pattern last Wednesday,” said Murphy. “We would favor trading this congestion range until such time as the spread breaks out of this pattern. A breakout and close above the major resistance could prove fruitful with potential for a move to the next major resistance at the -8.58 level. A breakdown and close below the -10.32 support could propel the market towards prices seen last June at the -10.63 and the -11.52 levels.”

The price of a gallon of reformulated gasoline (RBOB) also rose Wednesday. The March RBOB contract added more than three cents to settle at $1.60.

Henry Hub natural gas for March delivery, however, erased a portion of its gains from earlier in the week. The front-month contract fell nearly three cents, ending the day at $2.64.

Rafferty Commodities Group vice president and principal Steve Blair noted that March natural gas futures prices had been in a “horizontal congestion pattern” since early this month, also referring to his firm’s commentary that appeared in Rigzone on Feb. 13.

“The market continues in the same pattern and prices have not broken out in either direction,” Blair told Rigzone Wednesday. “However, last Friday prices dipped as low as $2.543, which was close to our $2.526 support, and gave an opportunity to be able to get long March natural gas, risking a penetration and close below the major support at $2.524 on the weekly chart.”

Since last Friday, the market has moved higher toward the upper regions of the congestion range and toward minor resistance at $2.732, Blair said.

Jeffrey Gill  |  February 21, 2019
What is the reason for the growing difference between the 2 major trading hubs? I thought WTI easier and less expensive to refine.