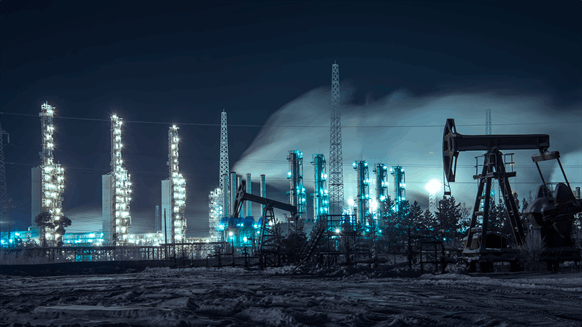 February West Texas Intermediate (WTI) futures fell to $51.37 before recovering and settling at $52.59 per barrel. Thursday’s settlement reflects a 23-cent gain for the day – relatively modest compared to recent trading days but still an increase. The WTI peaked at $52.78 during the session.

“Both WTI and Brent went through a partial retracement today on profit-taking and technical moves after yesterday’s large rally,” Tom Seng, Assistant Professor of Energy Business with the University of Tulsa’s Collins College of Business, told Rigzone. “A one-day gain of about five percent yesterday set the stage for traders to take some money ‘off-the-table’ today.”

In addition, Seng noted that technical indicators showed that the WTI shot past its 20-day moving average (MA). He explained that the MA breached both its five- and 10-day MAs last week. Moreover, he said that Thursday’s market action represents the first retreat from an eight-day rally stemming from:

“Looking ahead, markets will want to see concrete evidence of a U.S./China trade agreement and confirmation that the OPEC+ group is cutting output across-the-board,” said Seng. “Additionally, the U.S. dollar is showing strength today which could weigh on oil prices as well. Technicals still favor a pull-back as ‘reversion to the mean’ seems likely over the next few days and as February WTI has moved rapidly from ‘oversold’ to slightly above a ‘neutral’ position.”

“Natural gas has been pretty much range-bound for the past seven days, trading above and below $3 despite the rally in crude,” remarked Seng, adding that EIA’s latest Weekly Natural Gas Storage Report showed a net withdrawal of 87 billion cubic feet (Bcf) following a 4-Bcf reclassification.

“While a much larger withdrawal than the prior week, the change was ‘bearish’ as the inventory deficits dropped considerably,” continued Seng. “At 2.61 trillion cubic feet, total gas in storage now stands at seven percent below year-ago totals and 15 percent (below) versus the five-year average. Last week the deficits were 14 percent and 17 percent, respectively.”