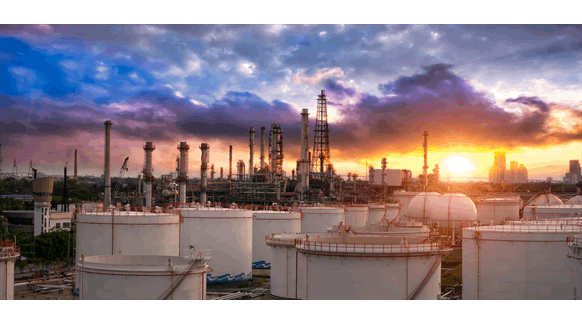 Both the WTI and Brent contracts faltered Thursday.

Although it came within striking distance Thursday, the West Texas Intermediate (WTI) crude oil benchmark once again failed to do what it has not done since Nov. 9, 2018: settle above the psychologically important level of $60 per barrel.

The May WTI contract price settled at $59.98 per barrel, reflecting a 25-cent day-on-day decline; the April WTI contract expired Wednesday. May WTI futures peaked at $60.39 and bottomed out at $59.66.

Brent crude oil for May delivery also faltered Thursday. The Brent lost 64 cents to settle at $67.86 per barrel. Mario de la Ossa, energy specialist at Orbital Insight, told Rigzone that crude oil inventories are on the rise within countries that make up the Organisation for Economic Co-operation and Development (OECD).

“Global stocks continue to build with OECD countries up by 9.4 million last week and flat elsewhere, expanding the year-on-year surplus to 92.3 million,” said de la Ossa. “Saudi inventories are moving higher as decreased exports increase onshore inventories. As barrels for seasonally increasing second quarter runs continue to be sourced, the big question is how well will demand pick up?”

In addition, de la Ossa pointed out that his firm’s perspective on a widely viewed statistic differs markedly from that of the U.S. Energy Information Administration (EIA).

The price of a gallon of reformulated gasoline (RBOB) managed a slight gain Thursday. April RBOB futures added four-tenths of one cent to end the day at $1.92.

Also edging upward were Henry Hub natural gas futures. The April contract settled at $2.82, reflecting a gain of well under one cent.