Crude Oil Down Despite Rising Tensions 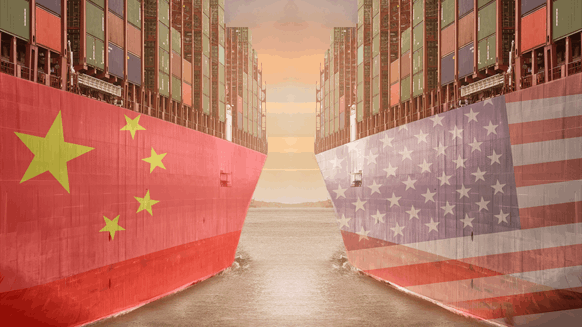 Despite escalating tensions in the Middle East, coupled with new salvos in the trade dispute between China and the United States, the West Texas Intermediate (WTI) and Brent crude oil benchmarks edged downward Monday.

Brent crude oil for July delivery ended the day at $70.23 per barrel, reflecting a 39-cent decline.

Tom McNulty, Houston-based managing director with Great American Group, remarked that the reported attack on two Saudi oil tankers and the U.S.-China trade issue appear to have had opposing effects on price movements.

“I was surprised that the rising threat of open hostilities in the Strait of Hormuz was not enough to hold or bolster Brent and WTI prices today, against the weight of U.S.-China trade and tariff issues,” said McNulty. “Crude was up at first this morning, with the news of some kind of attack on two Saudi tankers, but then fell off as China raised tariffs on the U.S.”

“The market must think that the U.S.-China situation is more of a bearish threat to oil prices than the potential impact of disruption in the Persian Gulf,” said McNulty. “I disagree and think that the U.S. and China will come to terms before there is meaningful stability in the Middle East.”

In a written statement earlier Monday, Rystad Energy noted the U.S. government had set a May 1, 2019, deadline for buyers of Iranian crude to cease such purchases. The energy research and business intelligence firm pointed out that the termination of the so-called Iran sanction waivers program prompted Iran to renew its threat to close the Strait of Hormuz – the vital waterway between Iran and the Arabian Peninsula through which approximately 40 percent of the world’s traded crude is shipped.

“Iran has repeatedly threatened to ‘block’ the strait as a ‘weapon,’ but due to the importance of the waterway for the global economy and the price of oil, the strait is also protected by the U.S. Navy’s Fifth Fleet and other allies,” observed Bjørnar Tonhaugen, Rystad’s head of oil market research.

Tonhaugen also outlined a scenario under which oil futures would surge.

“Needless to say, if the strait was to be blocked or disrupted, even only for a short period of time, oil prices would react violently upwards,” said Tonhaugen. “There are limited bypass options to export crude, although Saudi Arabia and the UAE do have limited pipeline capacity to shift some crude exports to the Red Sea or the Gulf of Oman.”