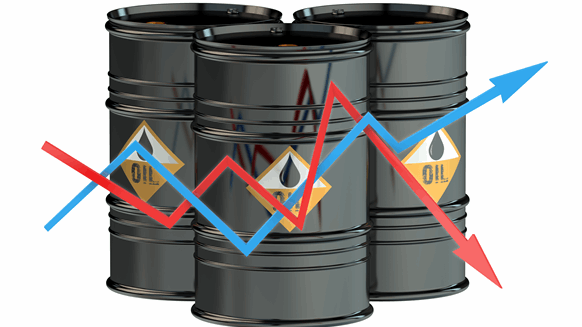 The January WTI contract price lost 52 cents Friday to settle at $50.93 a barrel.

The January West Texas Intermediate (WTI) contract price lost 52 cents Friday to settle at $50.93 a barrel. The benchmark bottomed out at $49.65 and peaked at $51.79 during the end-of-week session.

The price of a barrel of Brent crude oil for January delivery remained flat Friday, settling at $59.51.

“WTI and Brent continued trading lower for the eight straight week this week after last Friday’s plunge,” said Tom Seng, Assistant Professor of Energy Business with the University of Tulsa’s Collins College of Business. “Brent breached critical support of $60 then and failed to rise back above that level this week. Both oil markets were somewhat range-bound this week, but WTI fell below the critical $50 support level twice. A massive sell-off was avoided, however, as prices managed to rally back over $50 late.”

The Brent last traded at similar levels in Oct. 2017 and the WTI in Sept. 2017, Seng added. He also noted that both benchmarks have lost more than 30 percent of their value since peaking in early October. Moreover, he said that the collapse in prices has contracted the WTI-Brent spread to approximately $7.50.

“Fundamentally, the market view is still one of oversupply coupled with declining global demand,” Seng explained. “The ‘back-and-forth’ news coming out of the OPEC+ (OPEC and Russia) has only added to the market’s volatility.”

Jason Feer, global head of business intelligence with Poten & Partners, noted that oil prices remain in a “holding pattern” pending the decision by OPEC members and Russia on whether to curb output.

“Signals from Saudi Arabia and Russia indicate that some sort of reduction in output is likely but there are concerns that the cuts may be too small to provide significant support to prices,” Feer said. “An OPEC committee has recommended a reduction of 1.3 million barrels per day (MMbpd), but there are fears that rising U.S. production could offset much of that. Despite falling oil prices, U.S. production reached nearly 11.5 MMbpd in September and October is expected to be higher still when the final numbers are tallied.”

In addition, Seng noted that there is speculation that the Saudis risk the ire of President Trump should oil prices rise as a result of lower output.

“Several major oil-producing countries are represented at the G-20 Summit this week in Buenos Aires, where there could be informal, ‘side,’ conversations about oil output,” Seng said. “Additionally, the U.S. government has reported that ‘proven’ oil reserves in the U.S. increased by 20 percent to 39.2 billion barrels last year, surpassing the record of 39 billion barrels set back in 1970.”

Given concerns that economic growth is slowing in much of the world, robust supply growth from the U.S. is undermining global oil prices, Feer noted.

“Without a significant response from OPEC and other non-OPEC producers like Mexico and Russia, markets could see additional weakness,” said Feer.

January reformulated gasoline (RBOB) declined by a penny Friday to settle at $1.44 a gallon.

“RBOB continues to trade in lockstep with crude oil, falling last Friday and trading in a tight range this week,” Seng said. “Current price levels have not been this low since June 2017.”