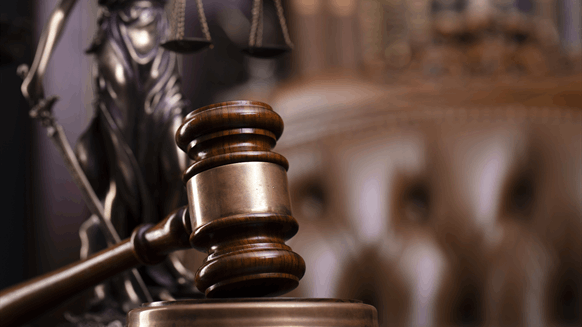 Shell will be going ahead with its seismic survey off South Africa following a court dismissal of a legal objection claiming it would do irreparable harm to marine life there.

Supermajor Shell will be going ahead with its seismic survey offshore South Africa following a court dismissal of a legal objection by environmentalist groups claiming it would do irreparable harm to marine life there.

The African Energy Chamber described the attempt to stop Shell’s seismic work along the eastern coast of South Africa as an 11th-hour attempt but added that the application to halt the operations failed to produce evidence of irreparable harm to the marine environment in the region.

The seismic survey, which was meant to commence on December 1, will involve the discharge of pressurized air to generate sound waves for the exploration of petroleum resources.

The Chamber claimed that, following 325 seismic surveys conducted by the oil giant globally, there was no evidence to suggest that these forms of surveys cause irreparable harm to the environment and that no reports of death or harm to local ecosystems or marine life were ever published.

“South Africa needs energy. That’s the bottom line. The court’s refusal to stop Shell’s exploration activities on the basis that doing so will cause irreparable harm to the environment is seen as a victory for those who wish to see Africa pull itself out of energy poverty,” stated NJ Ayuk, Executive Chairman of the African Energy Chamber.

“Africa deserves the opportunity to capitalize on its oil and gas resources, and we must be able to exploit these resources to benefit from our continent’s full potential,” Ayuk added.

The Chamber further elaborated that recent discoveries of oil and gas in southern Africa resulted in the potential to drastically improve the region’s socio-economic prospects, power industries, spur economic development and growth, and allow Africa to ensure energy security.

The Chamber assesses that South Africa needs much more energy and that Shell’s investment in the country will help fix the country’s current energy crisis.

“The court ruling is a strong recognition that skyrocketing energy prices are a failure of the radical green energy policies that will create volatility in the market and increase energy poverty,” Ayuk said.

To remind, around 200 environmental activists gathered in late November to protest the arrival of seismic acquisition vessel Amazon Warrior in Cape Town harbor ahead of the five-month seismic survey campaign for Shell. The survey will be conducted under an approved Environmental Management Program back from 2013.

Oddly enough, Shell said in the Environmental Management Program in 2013 that it should try to “avoid surveying during December when humpback whales may still be moving through the area on their return migrations” and yet opted to schedule the start of seismic work for the start of December.

In a separate statement, Greenpeace South Africa described the court’s decision and said that “the court concluded that the applicants had failed to convince [the judge] that there was a reasonable apprehension of ‘irreparable harm’ if the interdict were not granted and that given financial and other prejudice to Shell if the seismic surveys were delayed, the ‘balance of convenience’ was in Shell’s favor.”

“The decision to allow Shell to continue with its plans to destroy the Wild Coast is very disappointing. Not only will the blasting destroy precious biodiverse ecosystems, but it will also destroy the livelihoods of local communities, all in the name of profit,” says Happy Khambule, Senior Climate and Energy Campaign Manager for Greenpeace Africa.