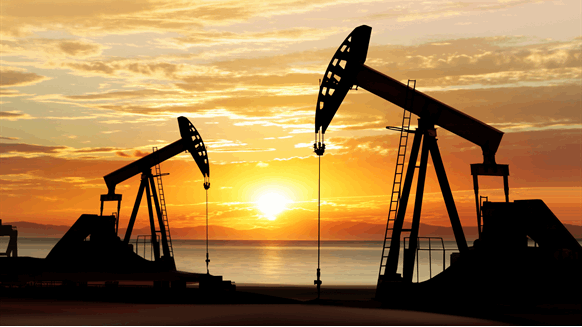 Unprecedented crude oil demand declines over the second quarter of the year will wipe out over a decade of industry growth in barrel terms.

Up until early April the oil market was being clobbered by the double whammy of a supply glut from a Saudi-Russian price war and demand destruction on an unprecedented scale caused by the coronavirus or Covid-19 global pandemic.

The short-lived situation was unique in recent history. For instance, the price crash of 2008-09 was down to a demand slump in the wake of the global financial crisis while the 2015-16 downturn was caused by oversupply. But the current crisis brought both negative elements together for nearly a month before market attention turned back to demand after Moscow and Riyadh helped ink a historic 9.7 million barrels per day (bpd) cut on April 9 to “balance” the market.

Those cuts kicked in on May 1 but market balance would be very hard to find, especially since the forecasting community remains divided over the extent of near-term demand destruction. At the start of the crisis in February, some were still suggesting nominal demand growth might still occur in 2020, even if projects were revised substantially down from pre-crisis growth predictions of 1.2-1.4 million bpd.

Those projections would have put total global demand just north of a 99.67 million bpd average seen in 2019. But as the pandemic spread well beyond its point of origin in China to wider Asia, Europe and North America – the reality began to bite. From the outset, demand in China, the world’s second-largest crude oil consuming nation which imports on average 14 million bpd was badly hit. Now the biggest crude global consumer – United States – is in the grip of the pandemic, as are India, Japan and South Korea who are the world’s third, fourth and fifth-biggest consumers in that order.

Deep into the pandemic airlines are grounded, vehicles are off road, factories are idle, production lines are offline and petrochemical demand is low because we are buying and consuming less, barring essentials wherever we might happen to be.

So where does demand go from here? Restrictions and lockdowns may last for most of the second quarter and perhaps even half of third quarter. Furthermore, data suggests 187 countries currently have varying degrees of restrictions. Those will ease at a differing pace implying any demand recovery will not be uniform.

Getting a complete handle on things will only occur once a vaccine can be found, which appears to be months or even up to a year away. If current demand decline patterns of the world’s 50 biggest oil consuming nations in lockdown are scrutinized, extrapolated and used for modeling, the outcome points to an average 27 million bpd global slump in April on 2019’s average rate of consumption.

For May, assuming some restrictions are eased in Europe and Asia, and China limps back to a semblance of economic normalcy; the demand decline could be lower by around 20 million bpd. However, all bets are off if there is a second wave of coronavirus infections leading to further shutdowns.

If there isn’t a second wave, June could see a decline of 15 million bpd giving the second quarter of 2020 an average decline rate of 20.7 million bpd. Such a projection is just below the International Energy Agency’s prediction of 23.1 million bpd based on a wider sample of scrutinized economies.

Of course, modeling methods are not universal with various forecasters using different methodologies. There are second quarter demand decline forecasts out in the market of 15 million bpd at the lower end and as high as 35 million bpd, with predictions by investment banks like Goldman Sachs and Standard Chartered, and analysis firms ranging from IHS Markit to Rystad Energy somewhere in the middle.

While decline forecasts may vary, what most commentators near unanimously agree on is the fact that OPEC+’s 9.7 million bpd cut is nowhere near enough to balance the market. It came too late to rescue April and May, and appears too little to balance June. To quote the IEA, there could be “no feasible agreement that could cut supply by enough” to offset the near-term slump.

And it should come as no surprise that global oil futures Brent and WTI are down nearly 70% and 75% respectively, since the start of the year. The WTI May futures even fell into negative territory as money managers attempted to dump positions in an expiring contract on April 20.

However, it is doubtful that global demand in that any other months of the year would be as dire as the three months of the second quarter barring another resurgence of the pandemic. Better months will help to improve the average global demand figure come the end of 2020, and be price supportive from around July/August onward.

On that basis, when spread out over the year 2020 demand decline projections fall in the range of 9.3 million bpd (IEA) to around 15 million bpd (BP). That puts 2020’s headline demand in the region range of 85-90 million bpd. Should it materialize, such a dire range would effectively nullify gains from almost a decade of crude oil demand growth.