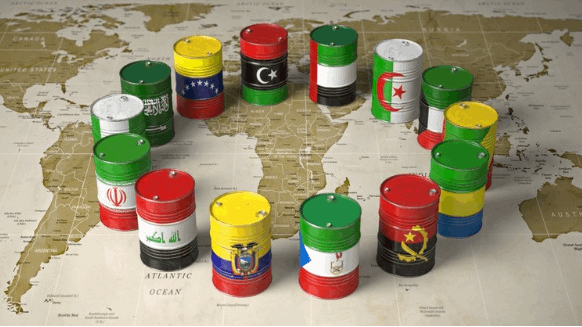 An unsustainable oil producers' alliance gets undone by an unprecedented crude demand crisis that has forecasters shooting blind.

Market events have quite literally overtaken oil producers’ group OPEC. In case you haven’t heard, or were on another ‘crude’ planet; the alliance of its members de facto headed by Saudi Arabia, and its partnership with 10 non-OPEC producers, effectively spearheaded by Russia, known as the OPEC+ unravelled in spectacular fashion on Friday (Mar 6) with profound implications for the crude oil market.

The idea was to “stabilize” the market in the wake of the coronavirus or COVID-19 outbreak, which has crippled China, a consumer of an average of 14 million barrels per day (bpd) of crude; caused havoc in Italy, Iran, Japan and South Korea; and has now spread to over 70 countries. Emergency health protocols have been activated from the Japanese Island of Hokkaido to the U.S. state of California, carrying growing fears of a recession.

Since the outbreak is likely to get a lot worse before it gets better, Saudi-led OPEC producers met on Thursday (March 5) and proposed an OPEC+ production cut deepening of 1.5 million bpd to June 30, 2020. They then extraordinarily met again the very same day, to propose to the Russians and other nine non-OPEC participants to keep the cuts going till December 31, 2020.

The reason being that prior to the outbreak, global crude demand growth forecasts ranged between 800,000 bpd to 1.2 million bpd. Following the outbreak, after initial complacency marked by demand downgrades of a mere 20-25%, Wall Street finally woke up to the reality of 2020 posting demand growth shrinkage for the first time since the global financial crisis of 2008-09.

Whether that materializes or not, OPEC’s knee-jerk response was to issue a rallying to cut production further. After waffling around for much of February, trying and failing to get Russia on board for a pronounced impact making cut – OPEC+ met as scheduled for an “extraordinary meeting” of ministers on Friday (March 6) armed with its proposals.

As it transpired, the meeting turned out to be extraordinary for all the wrong reasons, and in a space of few agonizing hours for OPEC+ insiders completely unravelled. The Russians played pseudo poker of their own with delaying the OPEC+ meeting, only to emerge and say “Nyet!”

Or, to be more precise, declare that all the signatories to the OPEC+ agreement can pump as much oil as they want “at will” from April 1, causing a run on oil prices that weren’t too healthy in any case. Ironing out daily volatility, Brent and WTI futures ended the week 10.31% or 7.78% lower respectively, following on from weekly declines of 13.64% and 16.15% the week before.

But that was nothing compared to what followed courtesy of Saudi indignation at their proposal being rejected. In the small hours of Saturday (March 7), the Kingdom’s state behemoth Saudi Aramco announced steep discounts for shifting April cargoes.

According multiple trading sources in Houston, U.S., these range from $4-6 per barrel for Asian buyers, $7 for U.S. and as much as $8 for deliveries in North Western Europe. As information of Saudi discounts spread, so did market short-selling.

Both Brent and WTI futures dipped by as much as 30% intraday on Monday (March 9), with the latter falling below the psychologically important $30 per barrel floor at one point and marking its worst daily decline since 1991.

While that was ongoing, the Russians returned the belligerent fire. If the Saudi intention was to bring Russia to the negotiating table using low oil prices as a spooking mechanism, they ought to think again, as the Kremlin subtly hinted via a statement offered by its Finance Ministry.

Russia could weather oil prices of $25 to $30 per barrel for between 6 and 10 years, the ministry said, adding that the government could tap into the country’s National Wealth Fund to ensure macroeconomic stability if low oil prices linger. That fund currently stands at $150 billion.

Much of the shenanigans are aimed at driving non-OPEC oil producers, especially U.S. shale players, out of the market. Be that as it may, the tactic only had mixed results when OPEC went down a similar route causing intense pain on both sides but ultimately failing to deliver a killer blow.

While the oil market is no stranger to strange alliances of convenience, the schism between Russia and Saudi Arabia is now pretty deep. Who knows if a slide of oil benchmarks to lower $20 levels might get them back to the negotiating table but OPEC+ currently looks like it is well past its sell-by date.

At the heart of it all lies a fundamental flaw – the logic that a crisis of demand, where we are at due to the Coronavirus crisis, can be solved by supply constriction of the sort OPEC deployed when a supply glut was hurting its members’ finances. If anything, Moscow and Riyadh have now exacerbated what was a demand crisis into simultaneous demand decline and supply glut crises and demonstrated how shallow their alliance was to begin with.

Bio – Gaurav Sharma is an independent oil and gas analyst with over 15 years experience. He provides regular market commentary for events, publishers and broadcasters. Follow him on Twitter @The_Oilholic or email at gaurav.sharma@oilholicssynonymous.com